SUBWAY GAME RECAP: Sea Dogs Drop Back and Forth Game Against Huskies on Lady Mo Night 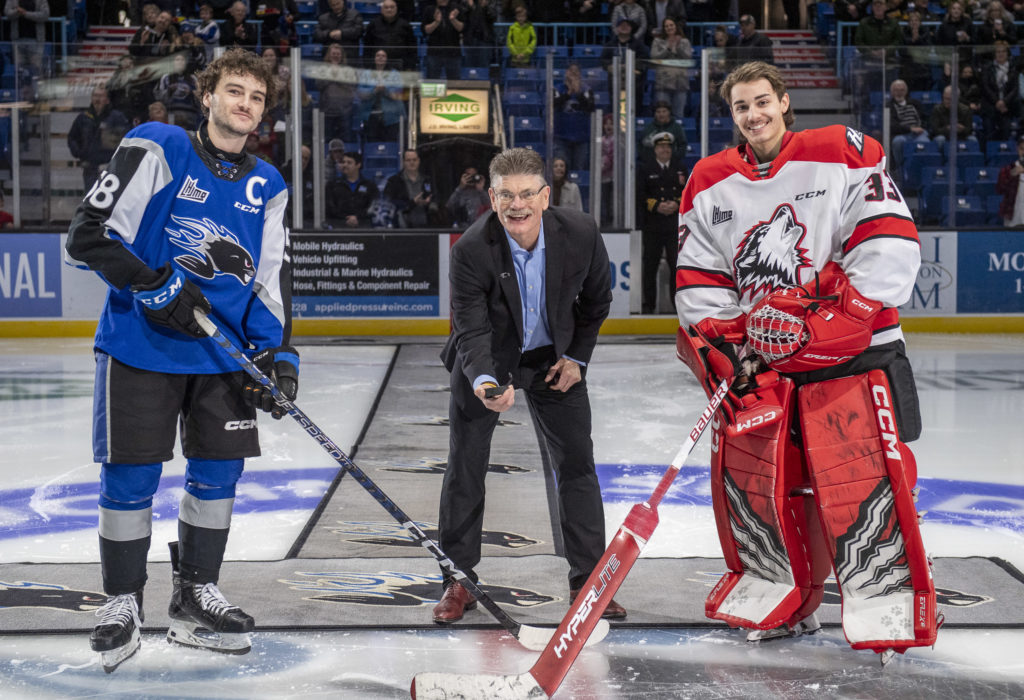 The Saint John Sea Dogs (6-15-0-1) come up short in a back-and-forth affair with the  Rouyn-Noranda Huskies (14-10-1-1) on Lady Mo Night Sunday afternoon. Goals for the Sea Dogs came from Cam MacDonald and Charlie DesRoches in the 5-2 loss. Louis-Philippe Fontaine led the Huskies with two goals and an assist while Thomas Verdon had one goal and two assists.

Thomas Couture made 27 saves to get the win for the Huskies in his first return to TD Station since winning the Memorial Cup in June while Nikolas Hurtubise made 29 saves in a strong effort in the Saint John net.

Before the game, Gardiner MacDougall, the Sea Dogs head coach for the duration of the Memorial Cup, dropped the puck to kick off the game. Sea Dogs Captain Charlie DesRoches and former Sea Dog Thomas Couture took the faceoff. 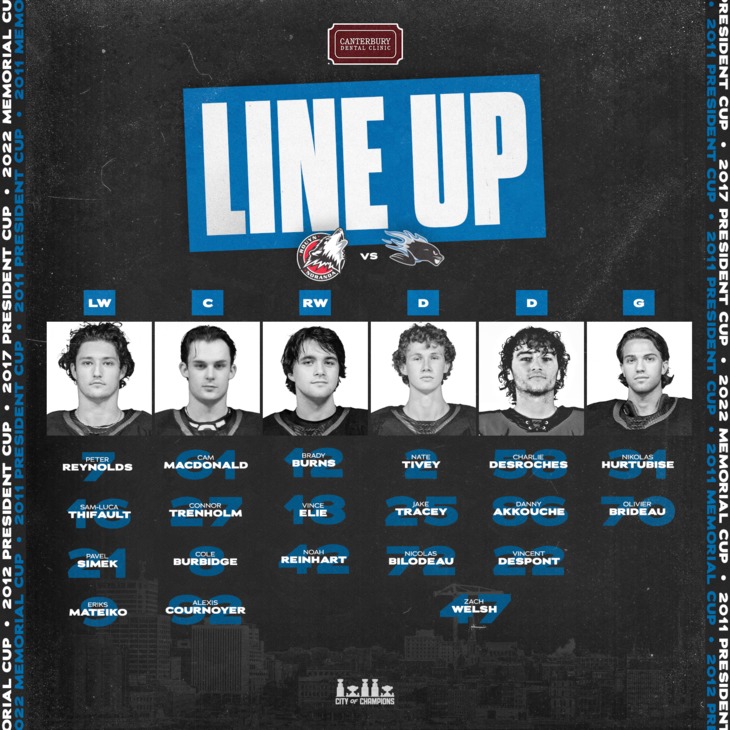 After several uneventful minutes to start the first, the Huskies got the game’s first chance with Mathis Perron feeding a cross ice pass to Olivier Dubois who put the puck just wide of the Sea Dogs net.

Just over two minutes later the Huskies forced a turnover at the Saint John blue line and Jérémie Minville fed the puck to Samuel Rousseau in the high slot and Rousseau put it top shelf past Hurtubise for the 1-0 Rouyn-Noranda lead.

The Huskies continued to control the play throughout the period, but the Sea Dogs got on the board with just 1:33 to go as Peter Reynolds forced a turnover in the Rouyn-Noranda zone and hit Cam MacDonald with a spinning pass that he roofed past Couture to even the score 1-1 at first intermission.

Shots were 16-5 after the first for the Huskies.

Just 20 seconds into the second MacDonald came close to getting his second as Brady Burns slipped the puck to him behind the Huskies defence only to be denied by Couture.

Three minutes later, after making a good play to keep the puck in, Charlie DesRoches put a shot on that Couture stopped but he buried his own rebound to put the Sea Dogs ahead 2-1.

Seven minutes later, MacDonald and Burns connected on another set of great passes, but Burns’ ensuing wrister was gloved by Couture.

Just over three minutes laters Danny Akkouche was sprung on a breakaway, but he could not solve Couture.

The Huskies came back with an odd man rush that ended with Bill Zonnon being robbed by the left pad of Hurtubise.

The Sea Dogs took a turn on the rush that ended on the stick of Vince Elie, but Couture was again equal to the task.

Verdon then sent a stretch pass back the other way that missed Fontaine, but he beat out the icing and snapped a quick shot past Hurtubise to tie the game 2-2.

Reynolds got a point blank opportunity to regain the Sea Dogs lead just a few moments later, only to put a wrist shot off the post, leaving the two teams tied at second intermission.

Shots after the second were 25-23 for the Huskies.

Just 1:28 into the third period, with the Sea Dogs on the powerplay, Perron got the jump on a bouncing puck at the blue line for a short-handed breakaway that he tucked by Hurtubise to put the Huskies up 3-2.

The Huskies smothered the Sea Dogs offence, not allowing a shot against for the first seven minutes of the third.

With just under 12 minutes to play, Elie pounced on the puck amidst a scramble in front of the Huskies net, but again could not chip it by Couture.

The Huskies put the game out of reach with just over five minutes left as Fontaine sent a quick shot past Hurtubise off a face-off to make it 4-2.

Verdon added one more goal on a breakaway with 3:54 left to make it a 5-2 final.

Final shots in the game were 34-29 for the Huskies.

The Sea Dogs are on the road in Quebec for three games next weekend. Friday versus the Shawinigan Cataractes, Saturday versus the Drummondville Voltigeurs and Sunday against the Blainville-Boisbriand Armada. Puck drop is 8 PM Atlantic on Friday and Saturday and 4 PM Atlantic on Sunday. You can listen to the game with Sea Dogs Radio presented by TD at CFBC 930 AM or watch at watch.chl.ca.