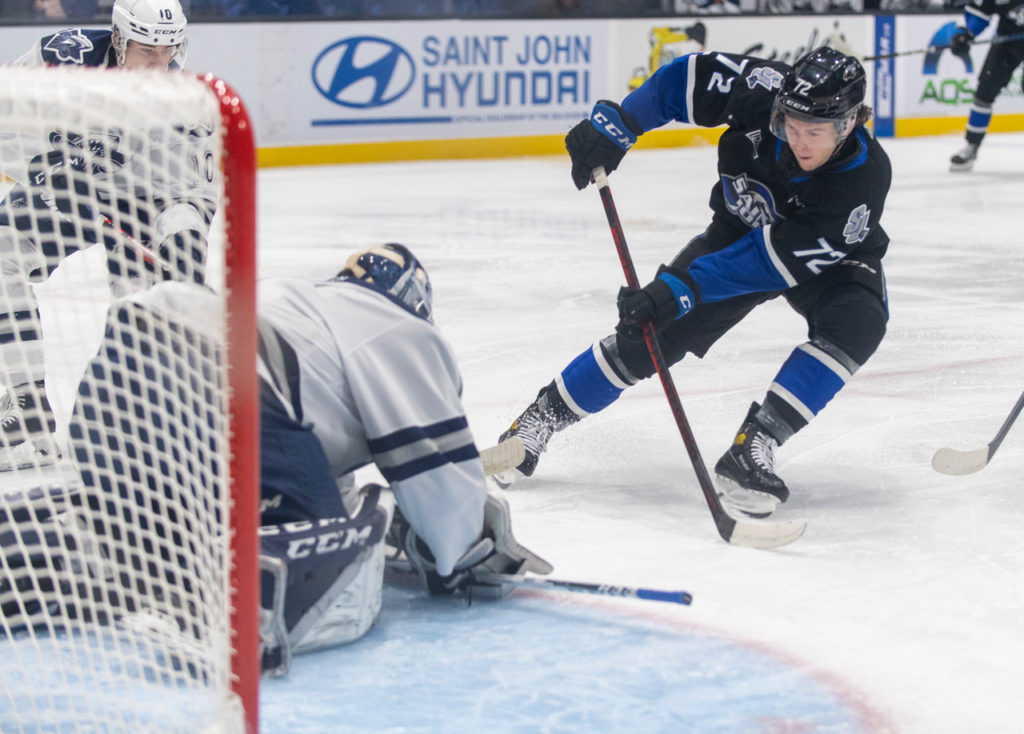 The Saint John Sea Dogs (0-1-0-0) fell to the Rimouski Océanic (1-0-0-0) 3-1 in the first game of the playoffs at TD Station on Thursday night. Riley Bezeau scored the sole goal for the home team in the loss.

Thomas Couture got the start in net for Saint John, making 23 saves on 25 shots from the Océanic. Robert Gabriel stopped 31 of 32 shots from the Sea Dogs. 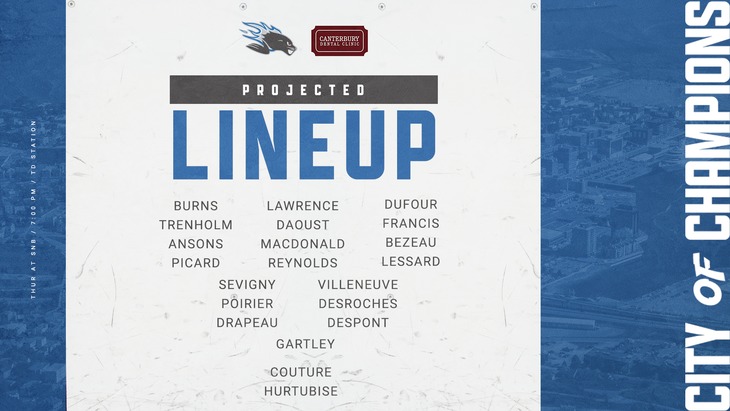 The Sea Dogs opened the scoring on the night. Riley Bezeau fired a sharp angle shot from the goal line that made its way past Gabriel Robert at 5:29.

A minute later, Marshall Lessard was sent off for interference, and the Sea Dogs killed of the penalty successfully.

Shots after the first were 11-6 for Saint John.

The Océanic got on the scoresheet early, when forward Louis Robin scored at 2:33.

Saint John got a fair few opportunities, but Rimouski shut down every attempt, including the Sea Dogs power play when former Sea Dog Alex Drover was sent to the box for tripping. The two teams went into the final frame tied up at one goal each.

Shots after the second were 22-18 for Saint John.

A high sticking call against William Dufour at the whistle in the second period started the Sea Dogs on a penalty kill for the first two minutes of the final period.

Rimouski scored, Julien Béland hitting the back of the net at 13:08 to take the lead in the third.

Flurry of shots in the final minutes of the game but the Sea Dogs were unable to score. Eventually, they pulled Thomas Couture to put the extra skater on the ice, but Rimouski was able to take a two goal lead and seal the deal on the win with a goal from Xavier Cormier on the open net.

The playoff action continues tomorrow for game two at TD Station, puck drop is at 7 PM. The Sea Dogs will be looking to tie the series back up with a win at home before heading to Rimouski for game three.

Tickets are available at the TD Station Box Office and online, get yours now to follow the Road to the Cup presented by TD, live!