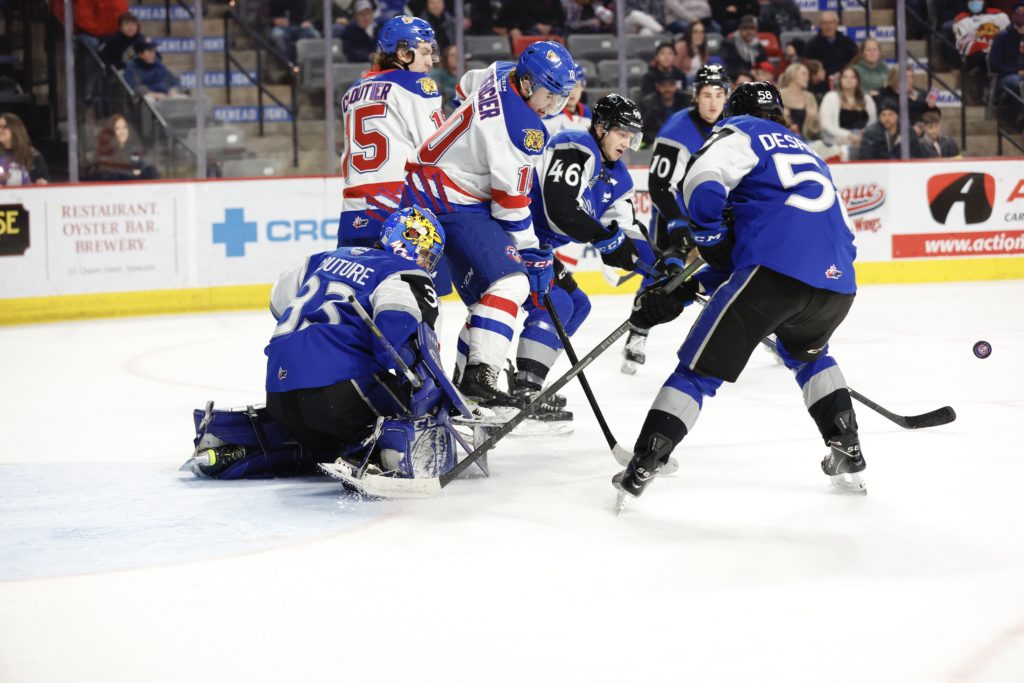 The Saint John Sea Dogs (47-17-1-3) finished the regular season with a win over the Moncton Wildcats (28-31-6-3) in Moncton on Sunday. A strong penalty kill, being tested seven times on the night, extended the win streak to fifteen in the final game before the playoffs. William Dufour regained possession of the QMJHL scoring lead with a power play goal in the second period, and Brady Burns, Josh Lawrence, and Philippe Daoust scored the rest in the 4-2 win.

Thomas Couture got the start for Saint John, making 23 saves on 25 shots faced. Vincent Filion was between the posts for Moncton, stopping 26 of the 29 shots he faced. 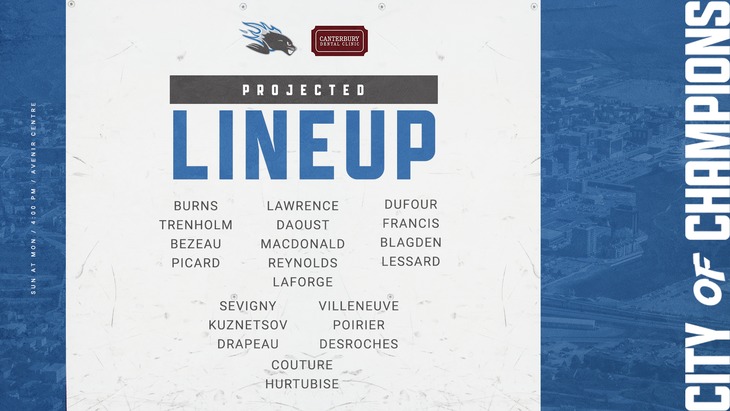 Shots after the first were tied at 7.

2:04 into the second, Brady Burns scored the first goal of the afternoon, his 27th of the season. Assisted by Riley Bezeau, Burns ripped a sharp angle shot pat Filion’s shoulder from behind the goal line.

Six minutes later, William Dufour scored on the power play, his 56th goal of the season, regaining sole possession of the QMJHL scoring lead. Josh Lawrence earned an assist on the play, getting him his 100th point of the season.

The Sea Dogs power play successfully killed another three penalties in the second period, going into the last 20 minutes of regulation up 2-0.

At 6:10, John Lawrence added a goal to his earlier assist on the penalty kill, picking up a rebound and rushing the Wildcats zone with speed to put the Sea Dogs up 3-0.

The Sea Dogs’ luck on the power play ran out, and the Wildcats scored on the man advantage when William Dufour was sent off for slashing at 5:53.

Play went to 4-on-4 at 11:04, when Olivier Picard was sent to the box for unsportsmanlike conduct and Thomas Auger received two for slashing. The Wildcats took advantage of the extra space on the ice to score their second goal of the night.

Moncton kept the pressure on, but Thomas Couture was able to bat their attempts away. Philippe Daoust sealed the deal on the win with an empty net goal against his former team, finishing the season with a 4-2 win.

The Sea Dogs will return to action this week for the 2022 President Cup. Keep an eye on the team’s social media and your email to find out the schedule when it is announced!