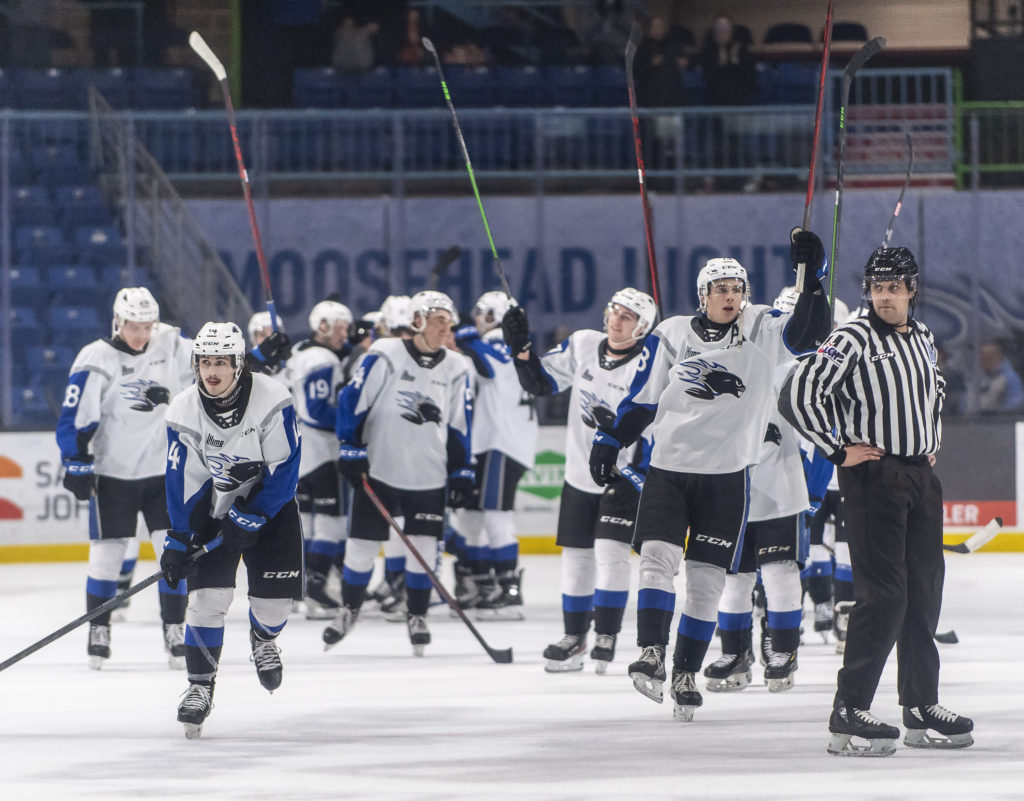 The Saint John Sea Dogs (43-17-1-3) beat the Acadie-Bathurst Titan (39-19-3-3) in their ninth and final meeting of the regular season on Friday night, extending their win streak to eleven games. Goals came from Ryan Francis, Raivis Kristians Ansons, and Josh Lawrence in the 4-2 win on the road.

Thomas Couture started for Saint John, making 25 saves on 27 shots in the win on the road. Jan Bednar got the start for the home team, stopping 30 of the Sea Dogs 33 shots. 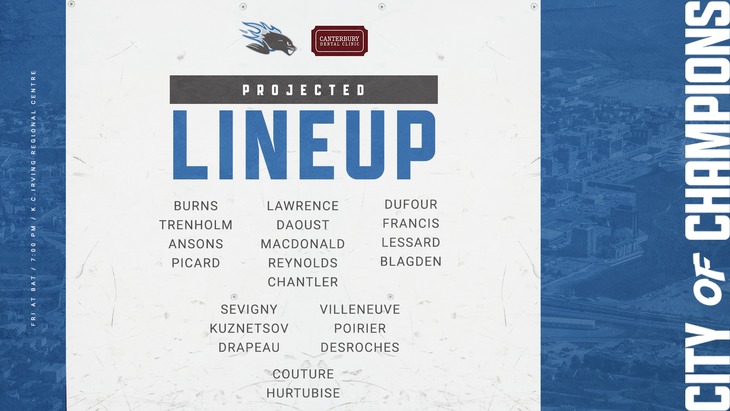 It was a quick first period with few whistles between the Sea Dogs and the Titan in Bathurst. Saint John scored the first goal of the night, and only goal of the first period at 14:07, when Ryan Francis sent a blast from the top of the faceoff circle past netminder Jan Bednar.

With 20 seconds remaining in the period, the Sea Dogs were sent to the first penalty kill of the night.

Shots after the first were 13-9 for Saint John.

The Sea Dogs killed the penalty from the third period, and scored short handed, Ryan Francis hitting the back of the net with a blast from the top of the faceoff circle 52 seconds into the period.

Three minutes later, the Titan scored their first of the night and cut the Sea Dogs lead to one with a goal from Joseph Henneberry.

Tripping calls against Cole Larkin at 6:24 and Cole Young at 8:40 sent the Sea Dogs on a pair of power plays in quick succession, but Saint John was unable to score on either one.

A pair of roughing calls at 18:16 to Raivis Kristians Ansons and Logan Chisholm sent play to 4-on-4 for the end of the second frame and the beginning of the third.

Shots after the second were 22-15 for Saint John.

Cam MacDonald was sent off on a hooking call at 3:12. The Sea Dogs killed the penalty, but just as it expired, Thomas Belgarde found the back of the net, tying the game at 5:15.

Raivis Kristians Ansons scored the Sea Dogs third of the night, and ultimate game winner, at 16:12, rushing the net and firing a pass from Cam MacDonald past the Titan netminder.

Two minutes later, at 18:01, Raivis Kristians Ansons got another scoring opportunity, this time on a penalty shot after a hooking call against Marc-André Gaudet. The attempt was stopped by Bednar.

Bathurst pulled their goaltender and Saint John scored on the empty net, Josh Lawrence netting his second goal of the night and securing the 4-2 win with 20 seconds left in the game.

The Sea Dogs will stay on the road to take on the Moncton Wildcats tomorrow night at 7 PM. Follow the game at watch.chl.ca or listen with Sea Dogs Radio Presented By TD on CFBC 930AM.

Only TWO regular season home games remain! Make sure to redeem any flex tickets at the TD Station box office before the season comes to a close.