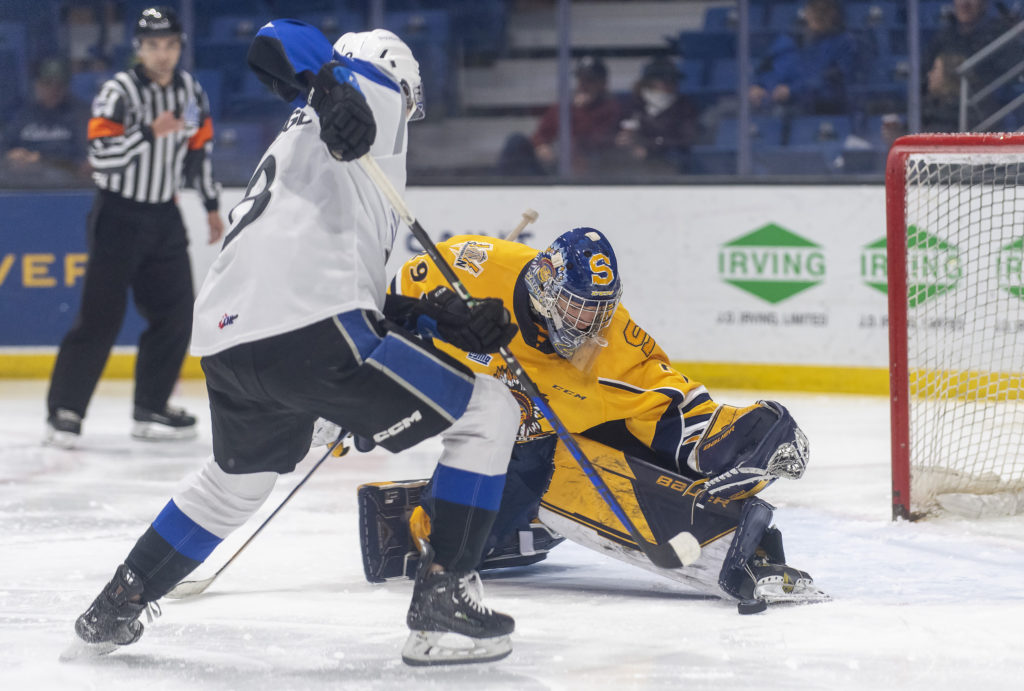 Isaac Menard led the Cataractes with a pair of assists while Noah Reinhart tallied the lone goal for the Sea Dogs.

Ventsislav Shingarov made 21 saves in net for the Sea Dogs while Remi Delafontaine stopped 22 and picked up an assist along with the win for the Cataractes. 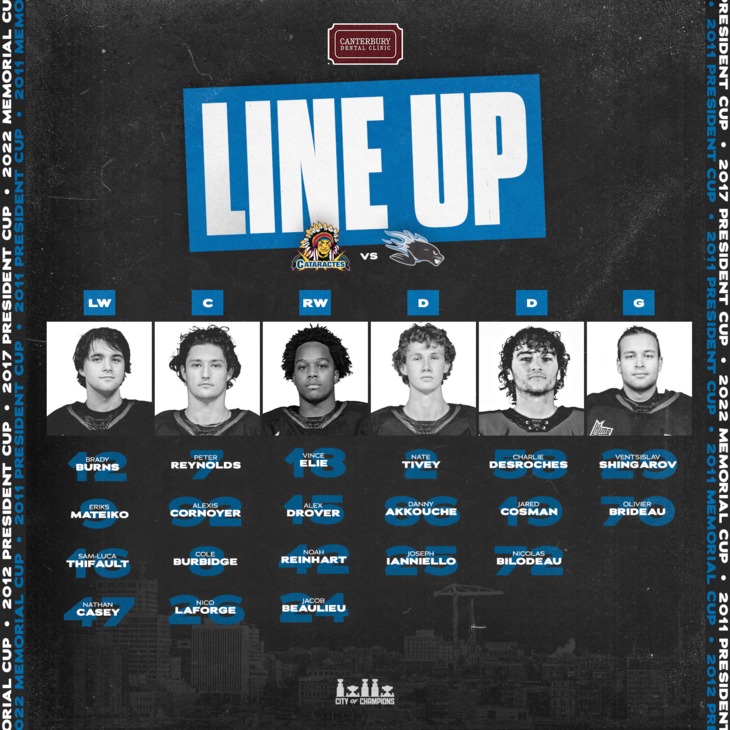 The Cataractes opened the scoring 6:58 into the game with Kody Dupuis finishing off a tic-tac-toe series of passes for the early 1-0 lead.

Danny Akkouche nearly tied it for the Sea Dogs six minutes later, taking a short-handed Shawinigan turnover on a breakaway but could not beat Delafontaine.

Moments later, on the same Cataractes powerplay, Lou-Felix Denis skated past a flat-footed Sea Dogs defense and tucked the puck past Shingarov to make it 2-0.

Alexis Bonefon got two huge chances to make it 3-0 for the Cataractes in the dying seconds of the period, getting sprung on a breakaway and a 2-on-0 with Loris Rafanomezantsoa. He was stopped by Shingarov on the breakaway and missed the net with a one-timer from Rafanomezantsoa, leaving it at 2-0 heading into intermission.

Shots after the first period were 10-7 for Shawinigan.

The Sea Dogs started the second period on the powerplay and Alexis Cournoyer found Alex Drover for a cross-ice one-timer that beat Delafontaine but not the post.

21 seconds later, Reinhart got a shot off while battling two Shawinigan defenseman in the slot that beat Delafontaine to cut the lead to 2-1.

With just over five minutes left in the second, Angus Booth almost restored the Cataractes two-goal lead, snapping a shot off a cross-ice pass that Shingarov dove across to stop with his blocker, keeping the Sea Dogs within one after 40 minutes.

Shots after the second period were 20-18 for the Sea Dogs.

With the two teams at 4-on-4 to start the third, Peter Reynolds almost tied the game in the first minute, winning the race to a puck dumped in off the end boards that popped out right in front of Delafontaine, but Reynolds put his shot wide.

Shortly after Leo Braillard almost jammed another goal home for Shawinigan at the side of the Sea Dogs net, but Shingarov got across for a great left pad stop.

Just over six minutes later, Bonefon put the Cataractes back up by two with a shot that went off the Sea Dogs Vince Elie in front and into his own net for the 3-1 goal.

1:35 later, Shawinigan put the game out of reach as Jordan Tourigny walked in from the point and fed a backdoor pass to Felix Lacerte who buried the 4-1 goal into a wide open net.

The Sea Dogs didn’t register a shot until 8:56 into the final frame and were not able to manifest any offense to mount a comeback and 4-1 would stand as the final.

Final shots were 25-23 for Shawinigan.

The Sea Dogs play the Halifax Mooseheads on Friday, January 20th in the first of back-to-back meetings at TD Station. Puck drop is at 7pm and tickets are available at the TD Station Box Office and online. 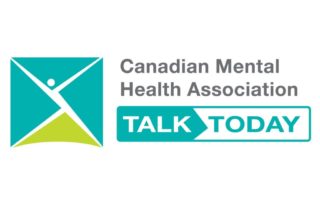