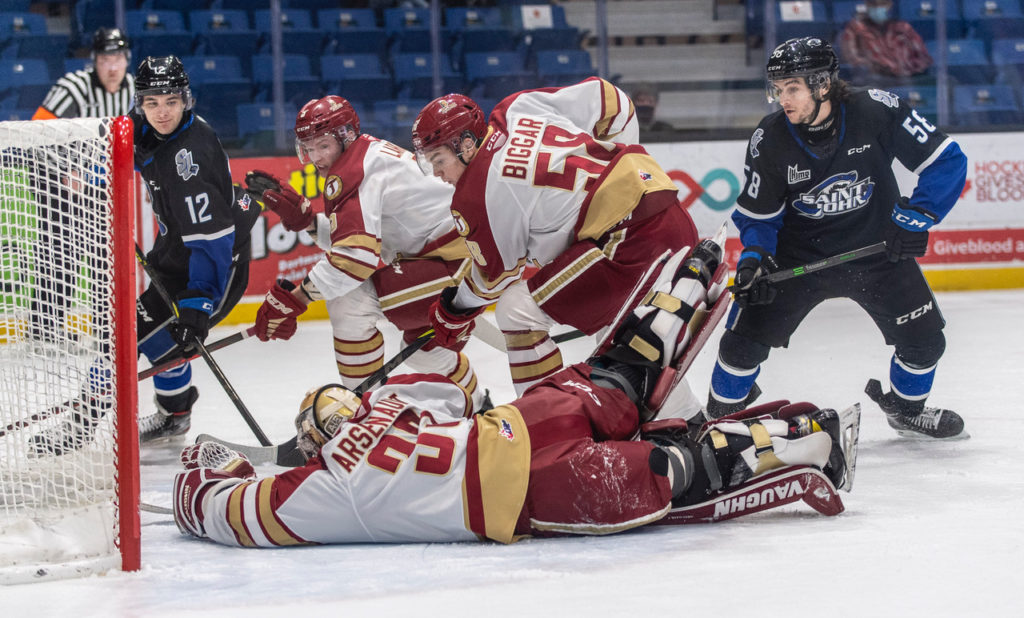 The Saint John Sea Dogs (15-12-0-3) dropped their final game before the holiday break to the Acadie-Bathurst Titan (15-11-1-2) on Saturday night. William Dufour, Nathan Drapeau, and Josh Lawrence scored for the Sea Dogs in the 4-3 loss at TD Station.

Jonathan Lemieux started for the Sea Dogs making 36 saves on 40 shots and Chad Arsenault got the win for the Titan with 41 for 44. 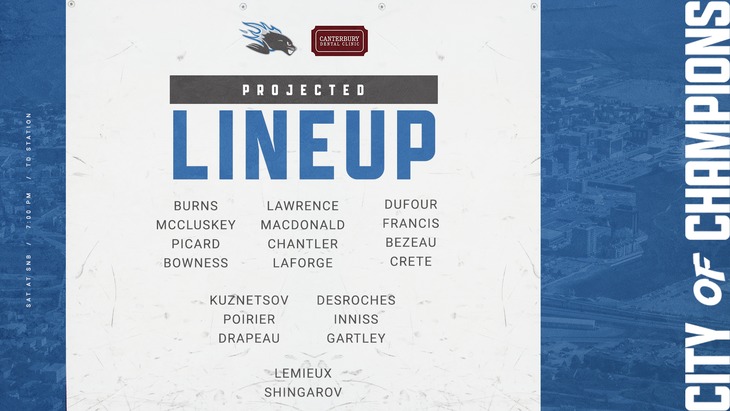 At 7:48, Christopher Inniss was sent off with a match penalty for high sticking. The Titan scored with three seconds remaining in the penalty, but it was immediately called off and sent to a review. The call on the ice stood and the game remained scoreless.

At 16:58, the Sea Dogs received their own chance on the power play when Jaxon Bellamy was sent off with a double minor for slashing and unsportsmanlike conduct.

With 29 seconds remaining in the period, the Titan scored a shorthanded goal when Jacob Melanson flipped the puck over Lemieux from in close on his backhand.

Shots after the first were 15-9 for the Titan.

The Sea Dogs got their second power play opportunity at 10:08 and this time, the power play was successful. William Dufour scored his 22nd goal of the season, firing a quick shot from the faceoff dot.

Olivier Picard was sent off for checking from behind at 12:50. Chad Arsenault received an interference penalty 11 seconds later and play went to 4-on-4 for 1:49. Saint John took the lead with the extra space on the ice off a goal from Nathan Drapeau.

Shots after the second were 32-25 for Saint John.

Midway through the final frame the Titan tied the game up at 2.

A scrum broke out in the Sea Dogs zone shortly after that resulted in Nathan Drapeau and Zach Biggar being sent to the box. They received two minutes each for unsportsmanlike conduct.

Riley Bezeau was sent off for slashing with 1:39 remaining in the game and the Titan called a time out.

Hendrix Lapierre scored his second goal of the night 6 seconds into the power play.

24 seconds later Josh Lawrence tied the game back up, but the tie was quickly erased by a goal by Bennett MacArthur.

With 30 seconds remaining, Jonathan Lemieux was pulled in an attempt to tie the game up, but were unable to and lost 4-3.

The Sea Dogs will return from the holiday break on Tuesday, December 28, when they play host to the Cape Breton Eagles at TD Station. Puck drop is at 7 PM.