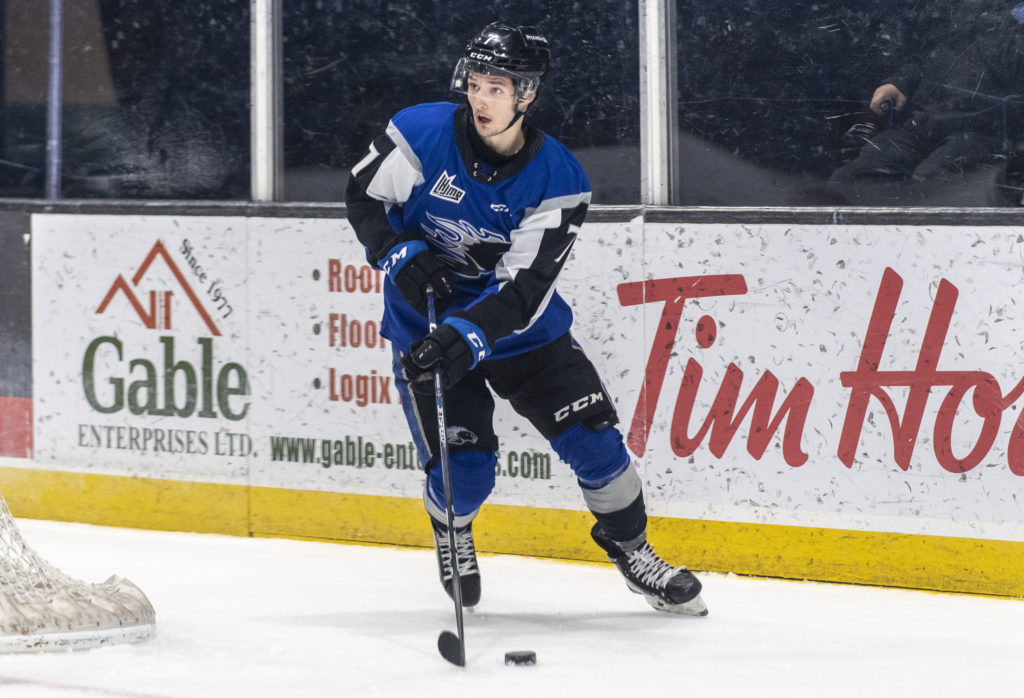 The Saint John Sea Dogs (13-23-1-1) put up a strong fight, including a late game push, against the Chicoutimi Sagueneens (19-19-2-0) on Wednesday night, but ultimately fell 5-4 in their first of a three game road trip. The Sea Dogs power play was successful twice out of the seven times it hit the ice, with goals from Brady Burns and Peter Reynolds on the advantage. Vince Elie scored the first goal for the Sea Dogs midway through the first and Cole Burbidge found the back of the net with 2:33 remaining in regulation.

The Sagueneens were led by Fabrice Fortin, who netted one goal and two assists on the evening, earning himself the first star.

Olivier Brideau faced 42 shots in the Sea Dogs end, stopping 37 of them in the loss, while Charles-Antoine Lavallee stopped 27 of the 31 shots he faced. 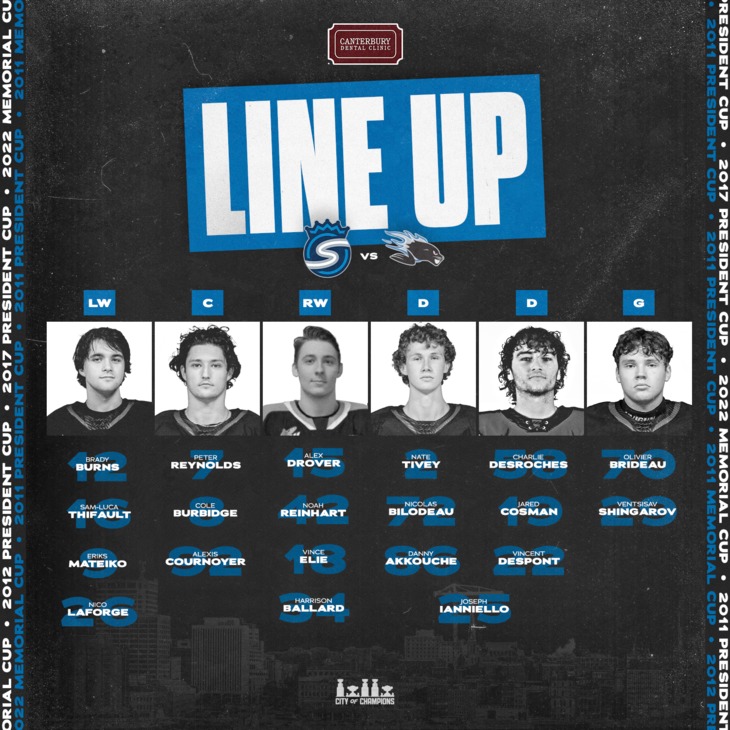 The Sea Dogs were sent on an early power play opportunity when defenseman Matteo Mann was given a high sticking double minor 5:26 into play.

Saint John did not score on the advantage, but Sagueneens leading scorer Fabrice Fortin beat Brideau short handed, giving the home team the lead at 7:57.

Vince Elie tied the game up midway through the period with a shot from in close, waiting at the top of the crease and ripping a snap shot top shelf past the netminder.

Chicoutimi’s Loic Usereau found the back of the net at 14:44, restoring the Sagueneens’ lead to end the first period.

Shots at the end of the first were 12-10 for Chicoutimi.

The Sea Dogs received their second power play of the night on a roughing call to Andrei Loshkin at the end of the first period, which carried into the beginning of the second frame.

At 2:23, Jonathan Desrosiers was sent off for interference, and the Sea Dogs scored their first power play goal of the night, from leading scorer Brady Burns. Peter Reynolds followed this up with another power play goal at 12:35, after the Sagueneens were called for too many players on the ice, taking the lead for the first time of the night.

The lead was short lived as Samuel Vachon scored less than a minute later to tie the game up going into the third period.

With less than a minute remaining in the period, Eriks Mateiko was sent off for cross-checking. At 19:35 that disadvantage became a 5-on-3 disadvantage when Jared Cosman was assessed a five minute major and a match penalty for checking to the head.

Shots at the end of two were 27-20 for Chicoutimi.

The penalty at the end of the second period caused issues for the Sea Dogs as they allowed two goals to start the final frame. Emmanuel Vermette and Felix Bedard turned the tie game into a 5-3 lead for Chicoutimi.

With 2:33 remaining in regulation, Cole Burbidge brought the score within one with his 8th goal of the season.

The Sea Dogs went to the power play with 1:18 remaining in regulation and continued to push until the final moments, but were not able to tie the game up, falling 5-4.

Final shots were 42-31 for Chicoutimi.

The Sea Dogs continue their road trip tomorrow in Baie-Comeau, taking on the Drakkar at 8 PM Atlantic. You can listen to the game with Sea Dogs Radio presented by TD at CFBC 930 AM or watch at watch.chl.ca.