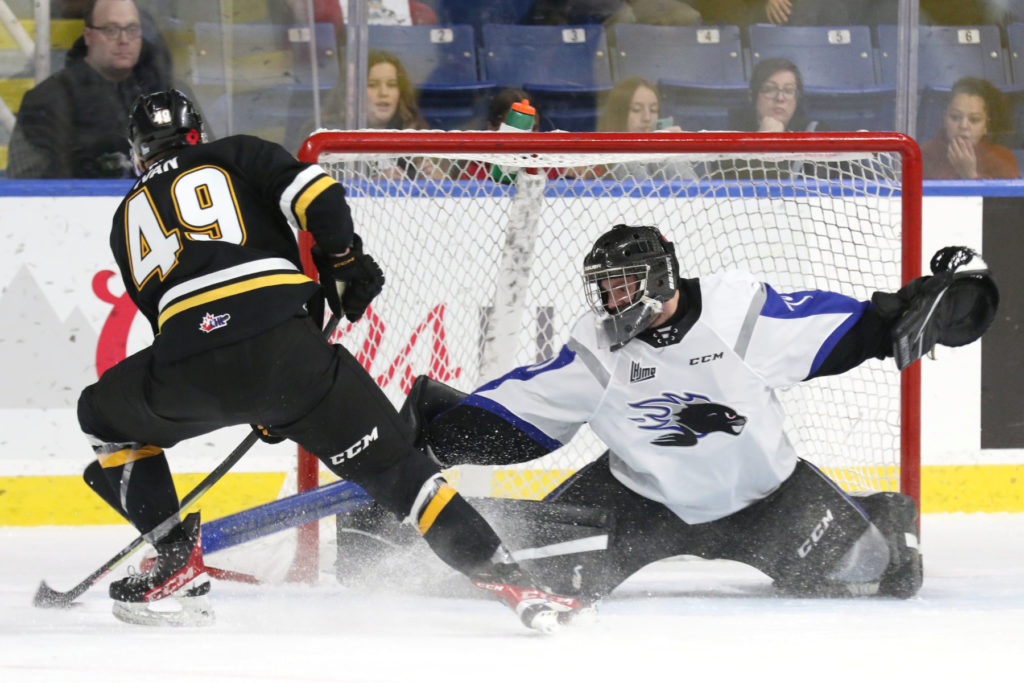 Penalties caused issues once again for the Saint John Sea Dogs (4-9-0-1) as they fell to the Cape Breton Eagles (3-8-2-0) 4-0 on Saturday. With injuries affecting the Sea Dogs veterans, including top scorers Brady Burns, Cam MacDonald, and Peter Reynolds, the Sea Dogs iced a young roster, including prospects Reid Calder and Chad Bellemare, who appeared in their first regular season QMJHL game. Also in the lineup was overager Nicholas Blagden, who was signed on Saturday to return to the Port City team.

Olivier Brideau got the start for Saint John, making 35 saves on 39 shots. Oliver Satny started for Cape Breton, stopping all 24 of the Sea Dogs shots for the shutout win and first star of the night. 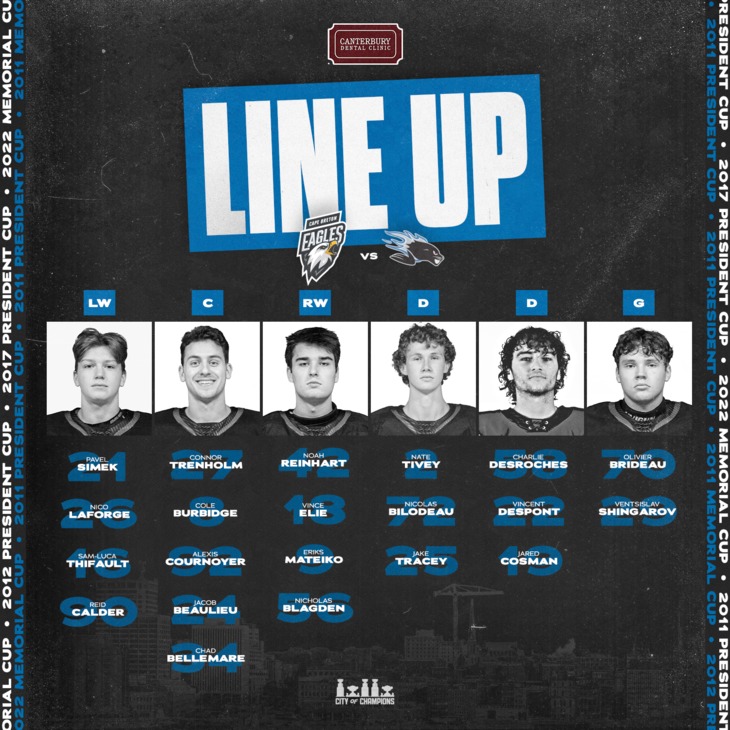 At 5:45, Saint John received their first power play of the evening, a cross-checking call to Connor Shortall, but as would happen to multiple power plays throughout the night, their advantage got cut short when Charlie DesRoches was sent to the box as well only 20 seconds later, sending play to 4-on-4.

The Sea Dogs turned on the pressure at the end of the period, but the game remained scoreless going into the second period.

Shots after the first were tied at 7.

3:19 into the second, the Sea Dogs got an early power play, but like in the first period, play went to 4-on-4 only nine seconds later. While playing at 4-on-4, Jeremy Langlois got the Eagles on the board, sending a shot through traffic.

Former Eagle Connor Trenholm got physical with Connor Shortall and was sent to the locker room early with two minutes for embellishment and an unsportsmanlike conduct misconduct. Shortall received a minor for cross-checking on the play.

Jacob Beaulieu was sent off with a double minor for spearing and the Eagles took advantage of their power play when Charles Boutin scored the second goal of the night.

At 15:15, the Eagles scored a second goal on the power play, this time from top scorer Samuel Johnson.

Shots after the second were 25-14 for the Eagles.

The Sea Dogs went into the third period with more control and put on the pressure to attempt to stage a comeback, but were unable to overcome the three goal deficit.

Jordan Cote scored the fourth and final goal of the night for the Eagles at 15:45, sealing the deal on their win.

The Sea Dogs will continue on the road, playing in Halifax tomorrow to take on the Mooseheads. Puck drop is at 2 PM, follow the game live with Sea Dogs Radio presented by TD CFBC 930 AM or watch at watch.chl.ca.