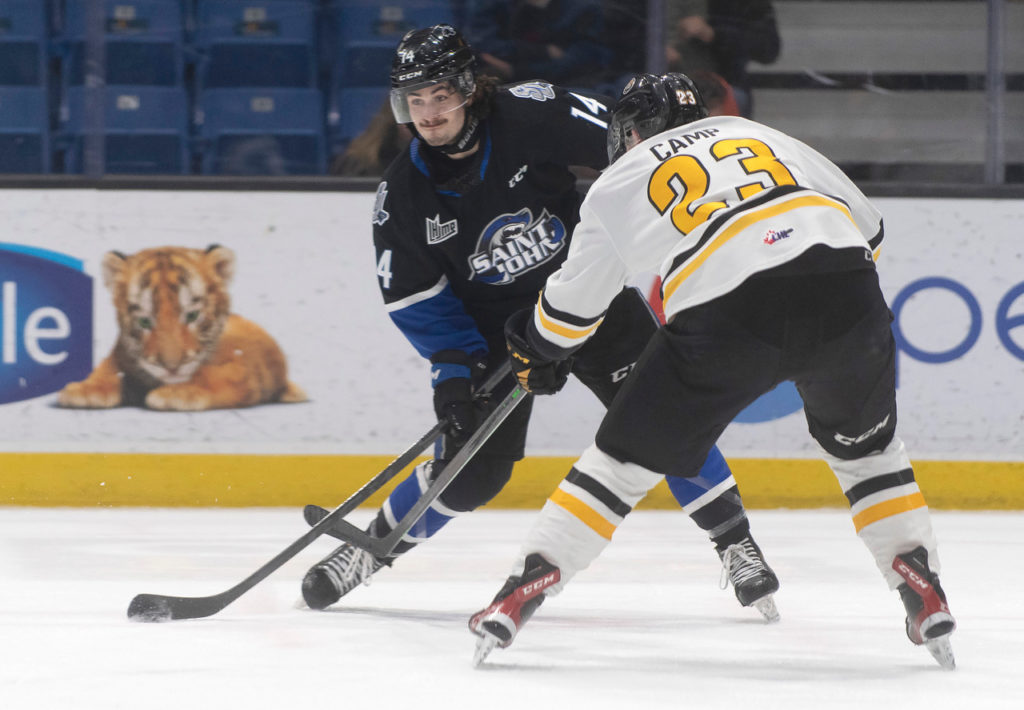 It was a big weeknight win at TD Station as the Saint John Sea Dogs (45-17-1-3) extended their win streak to thirteen against the Cape Breton Eagles (14-45-4-3) on Thursday night. Before the game, the graduating players, Ryan Francis, Philippe Daoust, and Captain Vincent Sevigny were honoured in a ceremony with their parents.

Goals in the 4-1 win came from Peter Reynolds, William Dufour, and Brady Burns. 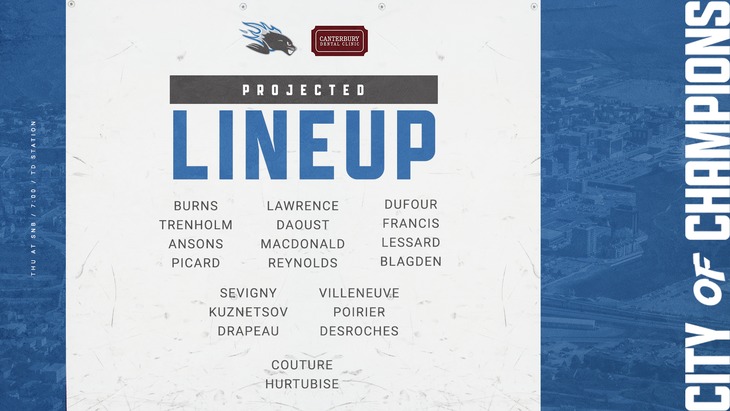 Peter Reynolds opened the scoring for the night with a beauty of a snipe from in close 6:54 into the game.

Cape Breton got the first power play of the night when Charlie DesRoches was sent off for holding at 15:02, but the Sea Dogs killed the penalty and took the 1-0 lead into the second frame.

Shots after the first were 13-12 for Saint John.

The Sea Dogs scored three goals in a short period of time, starting when they received a 1:48 long two man advantage. Defencemen Romain Rodzinski and François-James Buteau were sent off 12 seconds apart, for roughing and delay of game respectively. William Dufour capitalized on the power play, hitting the back of the net at 6:58.

Brady Burns then scored two straight, first using his speed to spring himself on a breakaway at 8:36, then showing off his stick handling skills to score one from in close off his backhand.

Former Sea Dog Carter McCluskey scored the first goal of the night for the Eagles with 3:03 remaining in the second period.

Shots after the second were 30-22 for Saint John.

With 32 seconds remaining in the second, Vincent Sevigny was sent off for roughing and the Sea Dogs began the final period with the disadvantage, but successfully killed the penalty, maintaining their 4-1 lead.

A scrum broke out at 5:53 into the period, and Carter McCluskey, Cam Squires, Nathan Drapeau, and Connor Trenholm all received roughing penalties, with Carter McCluskey receiving an additional minor for unsportsmanlike conduct.

The rest of the period progressed with few whistles and no goals, and the Sea Dogs came out with the 4-1 win at TD Station.

The Sea Dogs return to action at TD Station tomorrow, Friday, April 29, be sure to make your way to TD Station for Fan Appreciation and Throwback Night! A performance from Maestro Fresh Wes, throwback themed music, and lots of prizes to be won, it is a game you don’t want to miss!

It is your LAST opportunity to redeem 2021-2022 flex tickets and tickets are selling fast! Make your way to the TD Station Box Office to catch the action live.