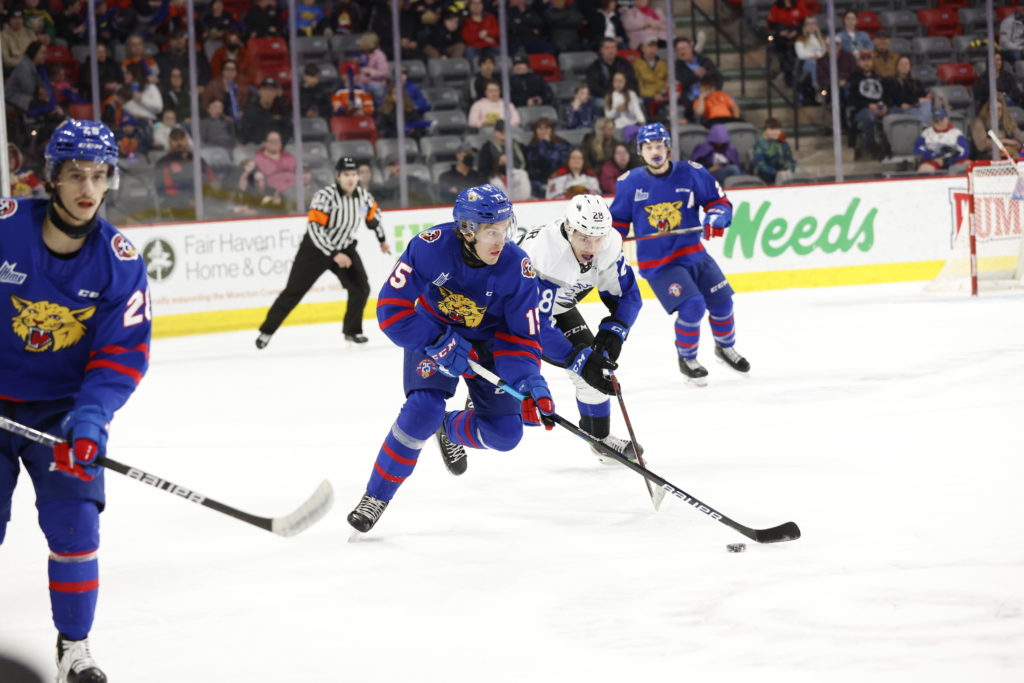 The Saint John Sea Dogs (44-17-1-3) extended their win streak to 12 in a win over the Moncton Wildcats (27-30-6-1) in Moncton on Saturday night. The Sea Dogs dominated the shot count, out shooting the Wildcats 42-22. Goals were from Olivier Picard, Peter Reynolds, Josh Lawrence, and an empty netter from William Dufour in the 5-3 win. 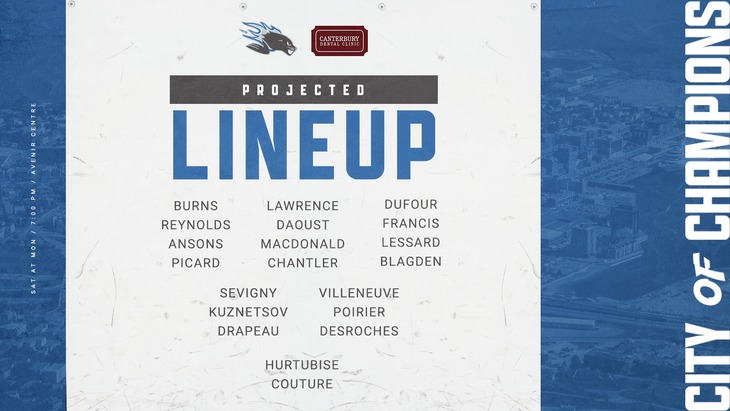 It was a first period dominated by the Sea Dogs. The visiting team controlled the play in every zone and fired a barrage of shots on the Wildcats netminder to start the game off. The Dogs got the only two power play opportunities of the period when Alexis Daniel was sent off for Interference at 3:57 and Thomas Darcy went to the box at 15:11 for slashing, but the period ended scoreless.

Shots after the first were 17-2 for Saint John.

Saint John continued the pressure in the second frame and scored early. Olivier Picard broke the scoreless tie, picking up a pass from behind the net from Josh Lawrence and firing it to the back of the net at 3:57.

Less than two minutes later, Peter Reynolds made it 2-0, picking up a rebound off a shot from Nathan Drapeau. At 11:01, Reynolds added another goal, picking up a netfront pass from William Villeneuve and sending a shot off his backhand past the Wildcats netminder.

Nick Blagden was sent off for a check from behind at 13:09. The penalty was killed and with 18 seconds remaining, the Wildcats received a bench minor for too many players on the ice, sending play briefly to 4-on-4 before the Sea Dogs got a power play of their own.

At 17:36, the Wildcats got on the board with a goal from their leading scorer Brooklyn Kalmikov, his 35th of the season, making it a 3-1 game going into the final period.

Shots after the second were 32-9 for Saint John.

The Wildcats turned on the pressure in the final period. Two quick goals from Moncton, Mathis Cloutier at 3:45 and Anthony Hamel at 5:48, tied the game up at three early.

Saint John regained the lead at 14:07, when Jeremie Poirier faked a slap shot and slid the puck to Josh Lawrence, who finished the play with his 30th goal of the season.

With 3:38 remaining in regulation, Olivier Picard was sent to the box and the Sea Dogs successfully killed the penalty.

Moncton pulled their netminder, and Saint John quickly gained possession of the puck and scored their fifth goal of the night with 1:12 remaining in the game, this time from William Dufour.

The Sea Dogs will return to TD Station for the final two regular season games of 2021-22, hosting the Cape Breton Eagles for both. Thursday, April 28, the team will honour 20-year-old players Vincent Sévigny, Philippe Daoust, and Ryan Francis in a pregame ceremony with the players’ parents.

Then, on Friday, April 29, be sure to make your way to TD Station for Fan Appreciation and Throwback Night! A performance from Maestro Fresh Wes, throwback themed music, and lots of prizes to be won, it is a game you don’t want to miss!

These games are your last opportunity to redeem 2021-2022 flex tickets and tickets are selling fast! Make your way to the TD Station Box Office to catch the action live.