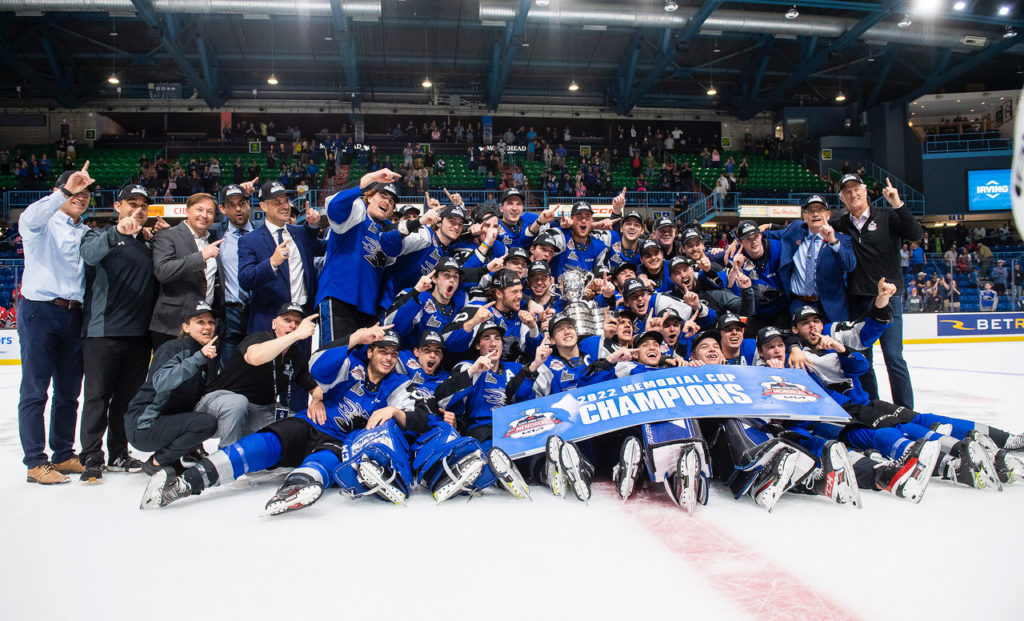 The Saint John Sea Dogs have won their second Memorial Cup and their first championship on home ice in franchise history. Beating the Hamilton Bulldogs 6-3 in front of a sold out crowd, the Sea Dogs came out to a hot start and finished strong with huge saves from Nikolas Hurtubise. Vincent Sévigny, Cam MacDonald, Riley Bezeau, William Dufour, Josh Lawrence, and Peter Reynolds found the back of the net to win the most coveted trophy in the Canadian Hockey League.

Nikolas Hurtubise got the start in net for the Sea Dogs and earned the second star of the game with 25 saves in the 6-3 win. Marco Constantini started for Hamilton, making 21 saves on 26 Sea Dogs shots. 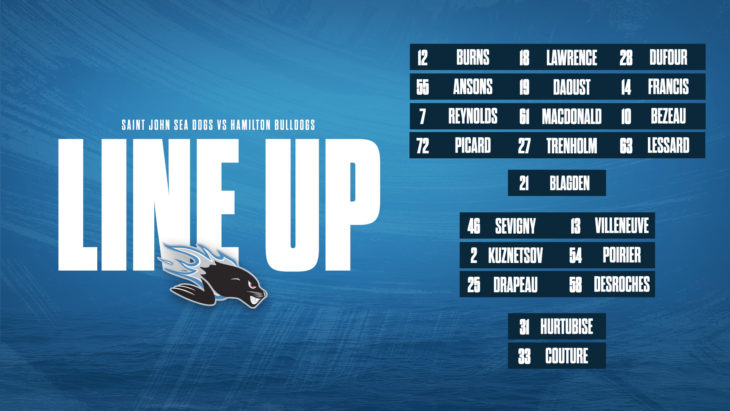 The Sea Dogs came out swinging to the first period with two early goals. Only 2:35 into the game, captain Vincent Sévigny fired a heavy shot from the blueline to the back of the net to take the lead.

Three minutes later, Cam MacDonald increased the lead to two, picking up a pass from William Villeneuve in front of the net, spinning, and picking the corner.

Hamilton got on the board with a goal from Mason McTavish, his fifth of the tournament, at 7:45 after he redirected a shot from Nathan Staios.

Shots were 9-8 for Saint John after the first.

A screened shot from Riley Bezeau made its way past the Hamilton netminder at 4:41, increasing the lead to 3-1 early in the second.

William Dufour added to his tournament leading goal total, by finishing a beautiful setup from Ryan Francis with a one timer for his seventh goal of the Memorial Cup.

The first penalties of the game were assessed to Vincent Sévigny and Mark Duarte at 9:09, both for slashing, sending the play to 4-on-4 for two minutes.

Hamilton’s Avery Hayes got a cross checking penalty at 14:58, giving the Sea Dogs the first power play of the night, but the Bulldogs were able to kill it.

William Dufour was sent to the box with 2:51 remaining in the period and the Sea Dogs maintained their 4-1 lead.

With nine seconds remaining in the second, Jan Mysak scored his second goal of the tournament to cut the lead to two.

The Bulldogs put on the pressure to begin the final frame, but big stops from Nikolas Hurtubise kept the Sea Dogs ahead by two.

At 5:39, William Villeneuve, Ryan Humphrey, and Arber Xhekaj were sent off, giving the Sea Dogs their second power play opportunity of the night. Villeneuve was sent off for roughing, while the Bulldogs were given unsportsmanlike conduct penalties.

The Sea Dogs made it 5-2 on the power play, with a goal from Josh Lawrence, firing a pass from William Dufour to the back of the net from the front of the net.

Mason McTavish netted his second of the night and made it a two goal game again with five minutes remaining in the game.

The Bulldogs pulled their netminder in an attempt to close the gap even more, but Peter Reynolds sealed the deal on the Sea Dogs’ win with an empty net goal at 18:43.

William Dufour was named the MVP of the 2022 Memorial Cup presented by Kia, with seven goals and one assist for eight points.