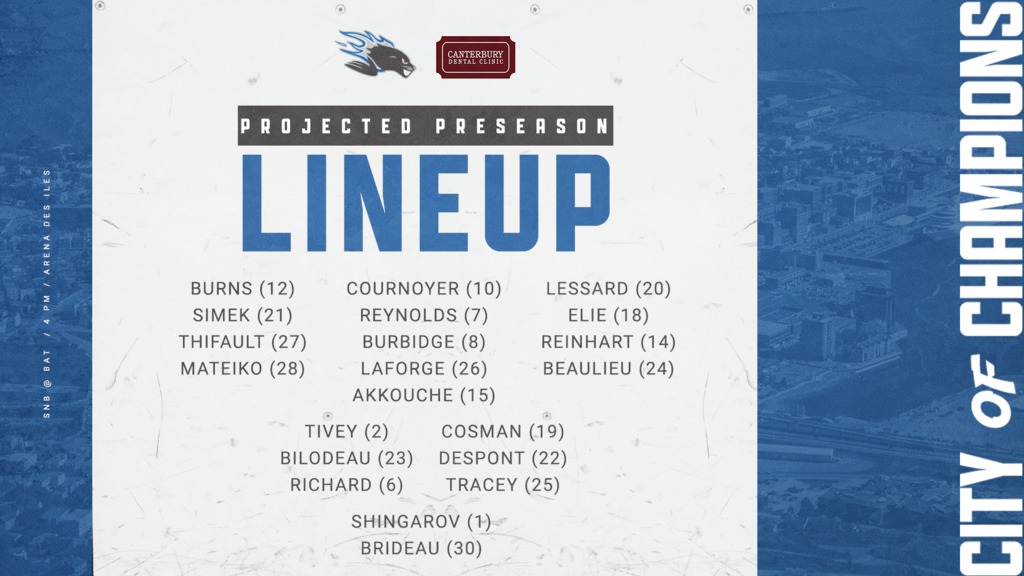 The Saint John Sea Dogs dropped their final game of the preseason against the Acadie Bathurst Titan in a Sunday afternoon matchup in Lameque. Sam-Luca Thifault and Marshall Lessard found the back of the net in the second period, but a late game push with three straight goals from the Titan sealed the deal on the 4-2 loss.

An interference penalty to Sam-Luca Thifault in the first period sent the Sea Dogs to the penalty kill at 15:58. The penalty was killed and the game went into the second period scoreless.

Shots after the first were 8-5 for Bathurst.

2:32 into the second period, Sam-Luca Thifault hit the back of the net to break the scoreless tie and take the lead. Assists went to Cole Burbidge and Vince Elie.

Ben Allison was sent off for slashing and the Sea Dogs went to the power play, but it was Noah Ryan of the Titan that scored shorthanded at 14:47 to tie the game at one.

With 25 seconds remaining in the second period, veteran Marshall Lessard took the Sea Dogs lead back, with an assist from Peter Reynolds.

Shots after the second were tied at 19.

The Sea Dogs received two power play opportunities in the final frame, but three straight goals by the Titan, including two from Nolan Forster and one from Dominik Godin, secured the win for Bathurst.

The Sea Dogs return to action on Saturday, September 24 for their 2022-23 home opener! Tickets are available now.

Season Tickets are still available! Call or visit the TD Station Box Office, 657-1234, Tuesday-Friday next week from 11 AM – 4 PM.

Season Ticket Members! The annual Season Ticket Barbeque is this week! Head to TD Station at 5:30 PM, Tuesday September 20th, to meet the players and celebrate the beginning of the season.