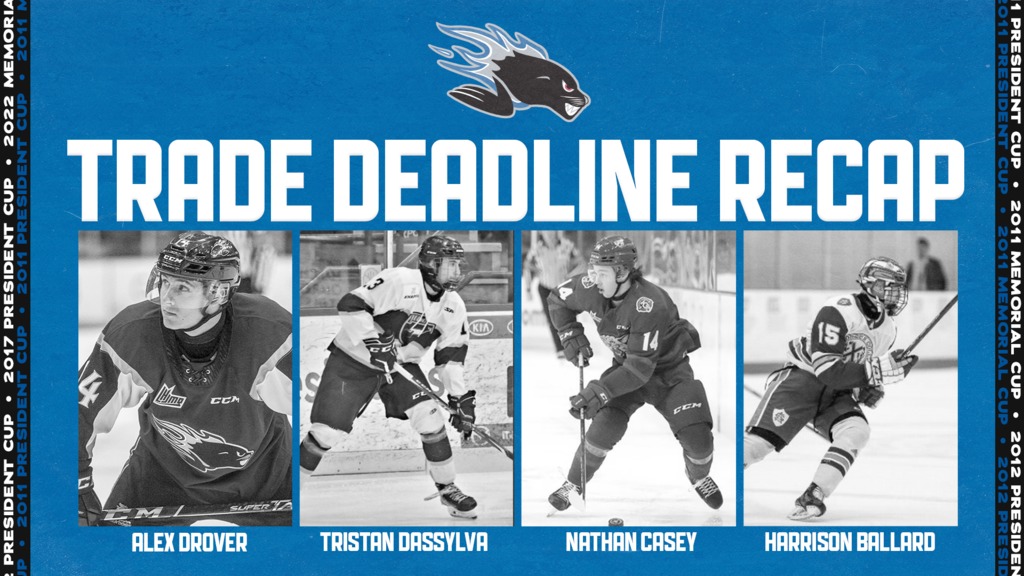 After acquiring the pieces to win the 2022 Memorial Cup, the Saint John Sea Dogs spent the 2022 Holiday Trade Period building for the future, adding early draft selections, prospects, and free agents. The Sea Dogs acquired a total of one 1st Round Selection and three 2nd Round Selections for veterans Cam MacDonald and Connor Trenholm.

Ballard, an 18-year old forward, played in 20 games for the Sault Ste. Marie Greyhounds this season. During the 2021-2022 season, the 6’2″ centre registered 14 goals and 28 points in 54 games for the Wellington Dukes of the OJHL. Ballard, previously committed to UMass of the NCAA, was ranked ranked 199 on NHL Central Scouting’s Midterm Rankings for 2022 NHL Draft.

“I am extremely excited to get started with the Sea Dogs” said Ballard. “They are a first class organization and I am proud to be a part of a team with such a great fan base and reputation. The fans can expect me to be a player who brings lots of speed and a very high compete level every night.”

Drover, a former 10th overall selection by the Cape Breton Eagles joined the Sea Dogs via trade in 2018. He played 85 games for the Sea Dogs before being traded to the Rimouski Océanic for three draft choices in 2020. He has 77 points in 178 QMJHL games. This season, Drover registered 4 points in 6 WHL games for the Medicine Hat Tigers before joining the Valley Wildcats of the MHL. He returns to the Sea Dogs as an overage player.

“I’m excited to return to the Port City,” said Drover. “I have many fond memories of my time there and I look forward to reconnecting with friends, fans, and the community. Saint John has always been a second home for me. I’m thrilled to finish my junior career wearing a Sea Dogs jersey!”

Sea Dogs President and General Manager, Trevor Georgie said these additions can help the team in the short-term and long-term.

“Welcome to Tristan, Nathan, Harrison, and welcome back to Alex” said Georgie. “Each of them bring something unique to the lineup and will will get an opportunity to show us what they do best. We added valuable draft picks and took chances on some players that have something to prove and that we believe can help us this season and beyond.”