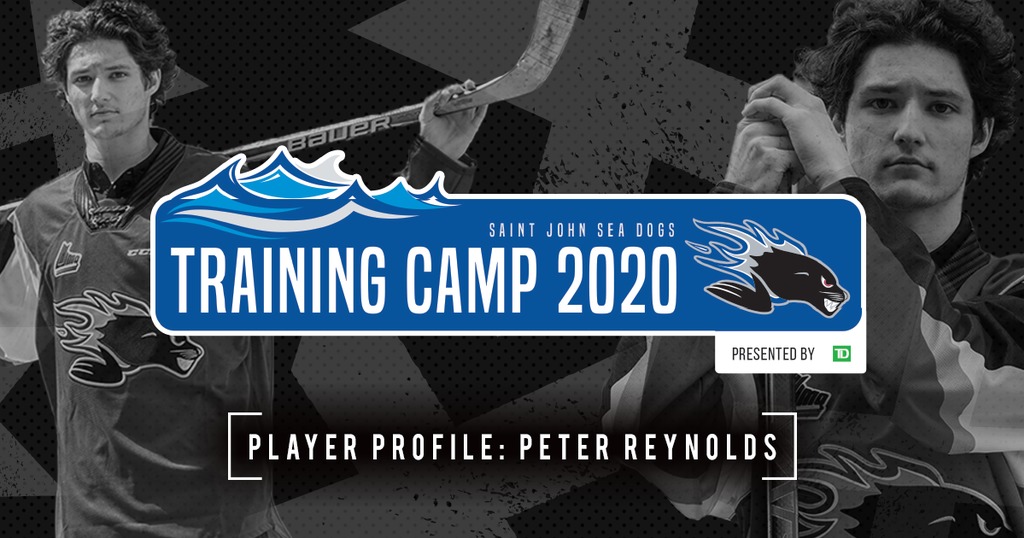 Fans of hockey in New Brunswick have certainly heard the name Peter Reynolds before. The 17-year-old skilled forward has led his age group since before they started keeping score. However, the Fredericton native hasn’t played in his home province in quite some time. Reynolds played three seasons at Shattuck-St. Mary’s, a prep school in Faribault, Minnesota known for its hockey program that has produced top NHL talent including Jonathan Toews, Zach Parise, and Sidney Crosby. During those three seasons Reynolds scored a staggering 238 points in 162 games.

In 2019 Peter represented New Brunswick at the Canada Winter Games in Red Deer, AB. He led the team with five goals and four assists in seven games while representing his home province, but still not at home.

Reynolds was a highly touted prospect heading into the 2019 QMJHL Entry Draft, ranked third overall on the QMJHL’s Central Scouting List, but he was committed to play for Boston College of the NCAA. The Sea Dogs took a chance on Peter in the second round of the draft, selecting him 21st overall with hopes of bringing him home. Peter remained committed to Boston College, and hopes of seeing his return to New Brunswick were shelved for another season.

For the 2019-20 season, Peter played for the Chilliwack Chiefs of the British Columbia Hockey League (BCHL), a popular choice for players who wish to play in Canada while still keeping their NCAA eligibility.  Peter led all 2003 born players in the league with 14 goals and 33 assists for 47 points in 53 games.

With the season over in the spring, the conversations started again about where Peter would play the following season. This time, the outcome was different. On May 11th, the Sea Dogs announced Peter Reynolds had signed with the team and would make his long-awaited return to New Brunswick for the 2020-21 season.

“I am really excited to come home and be close to my family,” Peter explained. “Growing up I watched plenty of Sea Dogs games and I thought they were the coolest thing. I loved watching Huberdeau, he was so dominant and now to finally be with the Sea Dogs is very exciting.”

“We’re going to be super talented offensively but also think we’re going to be a lot better in both ends of the ice,” projects Reynolds. “This year I’ll help create in the offensive zone but also be a good 200-foot player who is reliable in the d zone.”

The excitement is palpable for fans and members of the organization who have waited so many years for Peter to take the ice in his home province. For Peter, his focus is simple.

“My personal goal is to have a good first year in the Q and also help the team.”

Peter will make his Sea Dogs pre-season debut this Tuesday in the team’s first exhibition game at TD Station when they host the Acadie-Bathurst Titan at 7pm.