MENU
In response to the suspension of the season by the QMJHL, the Sea Dogs office will be closed until further notice. Please see the below announcement re: existing tickets and flex vouchers. Please hold on to any unused tickets. For questions/information please contact info@saintjohnseadogs.com We thank you for your patience and understanding as we continue to work through this.
October 25, 2019 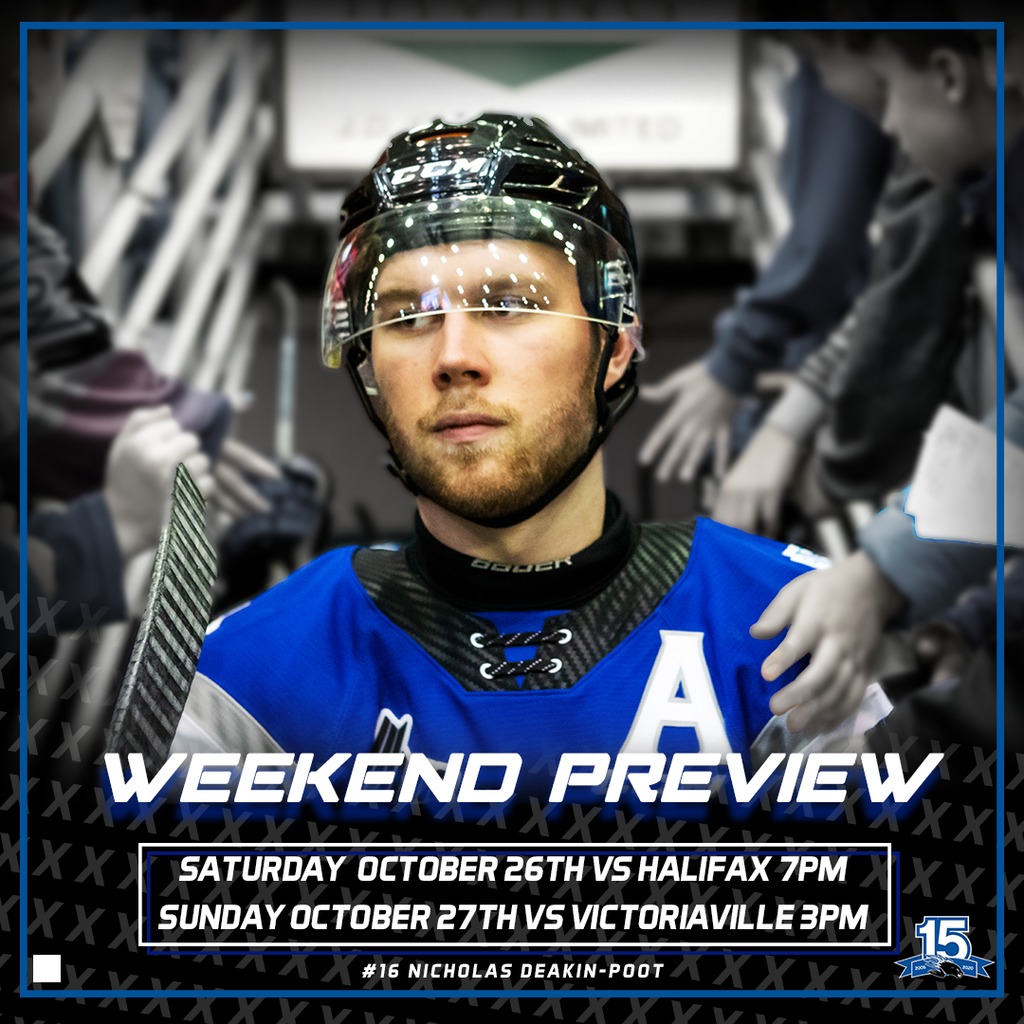 The Saint John Sea Dogs (4-9-1-0) have back-to-back home games at TD Station this weekend as they host the Halifax Mooseheads on Saturday night at 7PM, and the Victoriaville Tigres Sunday afternoon at 3PM.

The Halifax Mooseheads (7-6-0-0) will play tonight at home against the Moncton Wildcats as they look to snap a two game losing streak. The herd lost a home-and-home series with the Eagles last weekend that included an 8-2 drumming on Saturday night.

The Mooseheads’ top line of Raphael Lavoie, Benoit-Oilivier Groulx and Maxim Trepanier have been producing big numbers to start the season. The trio have combined for 22 goals and 50 points through their first 13 games. Those 50 points account for over 43% of the Mooseheads offence this season.

Allowing just eight goals against this season, the Mooseheads’ penalty kill (87.1%) is currently ranked first overall in the league. It will be an interesting match-up as the Sea Dogs enter the game with a 27% success rate with the man-advantage, fifth best in the QMJHL.

Halifax will be well represented at the upcoming CIBC Canada Russia Series with five team members being named to Team QMJHL. Alexis Gravel, Justin Barron, Jared McIssac, Groulx and Lavoie will join Sea Dog Jérémie Poirier for games one and two of the series happening in Saint John and Moncton on November 4th and 5th.

This will be the third meeting between the two clubs this season who have. Saint John picked up the win 4-3 in the first game of the year on September 20th, while Halifax had a late game comeback on October 10th in Halifax to win 6-5 and even the season series.

Tickets for Saturday night are available at the box office or online by clicking here.

The Victoriaville Tigres (3-9-0-3) began their first road trip through the Maritimes this season with a 4-3 overtime loss to the Cape Breton Eagles on Thursday night. Victoriaville will play in Moncton on Saturday night before visiting TD Station on Sunday afternoon.

The Tigres are led by a dynamic duo of import players, Mikhail Abramov and Egor Serdyuk. The pair were both drafted to the NHL during last year’s entry draft, Abramov in the fourth round to the Toronto Maple Leafs, and Serdyuk in the sixth round to the Philadelphia Flyers. Mikhail and Egor lead the Tigres in scoring with eight goals each.

This will be the first meeting this season between the two teams, Saint John will visit Victoriaville  on November 10th during a five game Quebec road swing.

Sunday is the Sea Dogs annual Military Appreciation Day as we honor those who have served and those currently serving in the Canadian Military. Tickets to Sunday’s game are available at the box office or online by clicking here.

Saint John currently has three defencemen in the top 11 for points by a defenceman in the QMJHL. Jérémie Poirier (3rd, 15pts), William Villeneuve (8th, 13pts) and Charlie DesRoches (11th, 11pts) have had impressive starts to their sophomore seasons in the QMJHL. The trio were all drafted in the 2018 QMJHL Entry Draft to the Sea Dogs and enter the 2019-20 season with high hopes for the upcoming NHL Draft in June of next year.