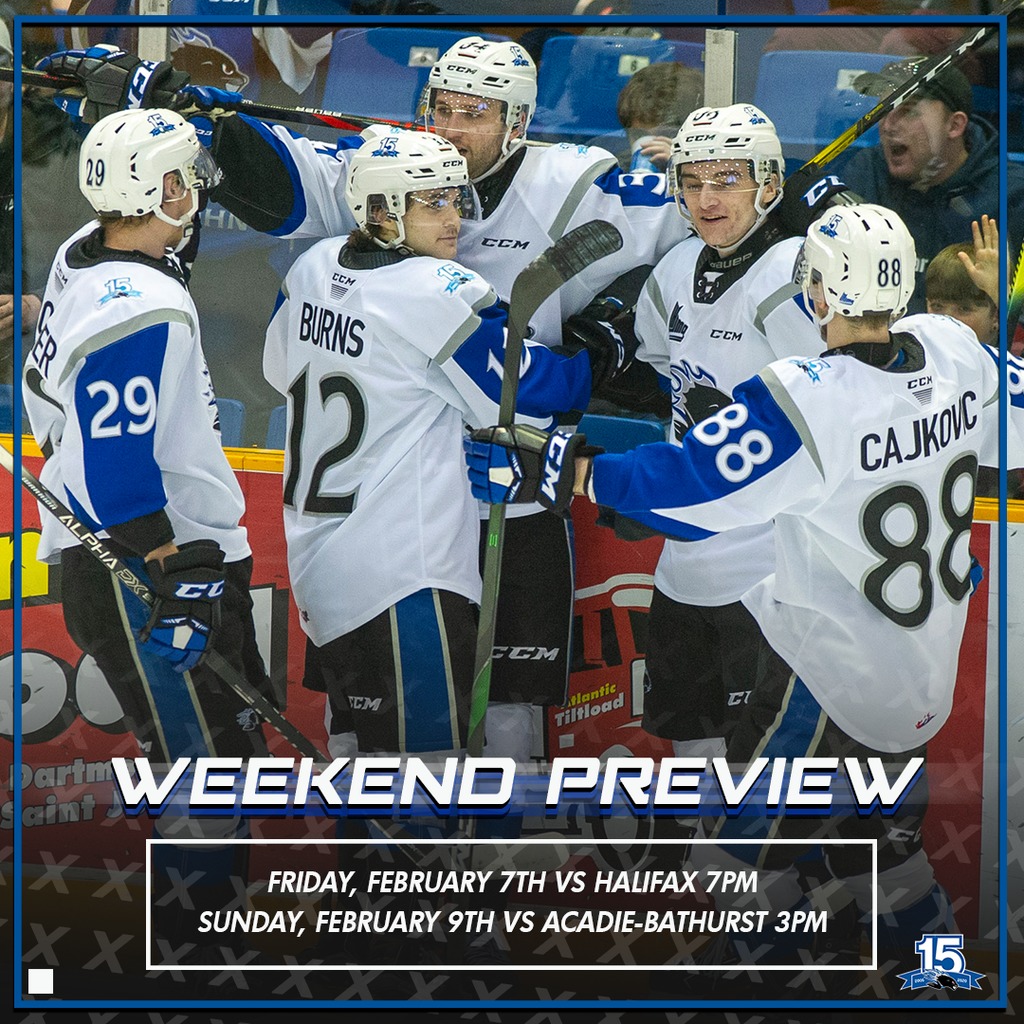 The Saint John Sea Dogs return home this weekend for a pair of games, their first home games following a four game road stint through Québec last week. Saint John went 2-2-0-0 on the road trip that saw them play four games in five days. The trip was capped off with a duo of thrilling victories, a shootout win over the East leading Chicoutimi Saguenéens, and an OT win over the Baie-Comeau Drakkar. Now with only 17 games left in the regular season, every point is crucial as the Sea Dogs look to move up the standings and improve their playoff chances.

Zachary Bouthillier was the star in Friday’s 5-4 SO win over the Sags. Bouthillier had 45 saves against his former team and was a perfect 3-0 in the shootout, finishing off Dawson Mercer with a poke check to seal the victory.

“It was an awesome game to be a part of,” said Bouthillier. “Getting the win and the two points in my old barn felt amazing. To get the win in the shootout by poke checking the last shooter, I can’t ask for a better scenario.”

The Sea Dogs match up with the two lowest scoring teams in the QMJHL this weekend in the Mooseheads and Titan. While Saint John is improving, the Sea Dogs continue to keep both Bouthillier and Noah Patenaude busy with a high number of shots against every game. But Zachary says you can’t think about stats or what team you’re playing, you just have to focus on that next shot.

“No change in mentality for me, I just try and play the same game no matter who we’re playing. If there’s more time in between shots it doesn’t matter, it just means you have to focus more. You have to face every shot with a purpose and make that save.”

The Sea Dogs and Mooseheads will play for the 7th time this season, with the Sea Dogs holding a 5-1 stranglehold on the season series. The Mooseheads lineup has been depleted after a flurry of Christmas trade period moves saw them swap out top players Benoit Olivier-Groulx (MON), Raphael Lavoie (CHI), and Jared McIsaac (MON) among others, in exchange for draft picks. The Herd are currently 9th in the Eastern Conference with 40 points, but still hold on to the final playoff spot as they have a game in hand on the Gatineau Olympiques, also with 40 points. Under the new playoff format introduced in the 2018-19 season, if the Mooseheads finished in 9th place in the East but remained ahead of the Olympiques, they would then cross over to the Western Conference and be seeded accordingly. 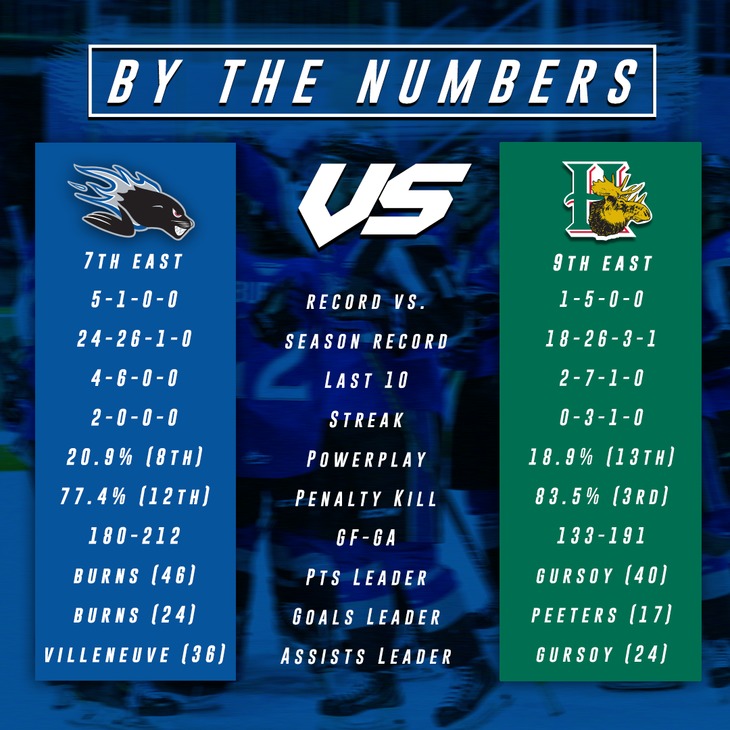 Halifax has just two wins in their last 10 games due in part to their inability to create much offensively. Their 134 goals for ranks second last in the QMJHL, while their power play ranks 13th overall with a 18.9% success rate. The Islanders got the better of Halifax on Tuesday night, 3-2 in overtime.

The Mooseheads’ forward group is led by former Sea Dog Kevin Gursoy, who has 40 points on the year. Gursoy spent the past two seasons with the Charlottetown Islanders before joining the Mooseheads during December’s trade period. Import player Seena Peeters is having a strong rookie season tallying 17 goals for the Mooseheads. Peeters played alongside Sea Dog Dawson Stairs while the two attended Selects Hockey Academy in the United States. Halifax also features Olivier Desroches who started the season with Saint John before joining the Mooseheads as a free agent in January.

The big headline going into Friday is Juno Award winning hip-hop artist Classified. The Enfield, NS native will perform during each intermission of Friday’s game, presented by TD. Tickets for the game are available at the TD Station box office or online.

The Acadie-Bathurst Titan will visit TD Station on Sunday afternoon in the seventh game between the two teams this season. Saint John is looking to avenge a 5-2 loss in late December to the Titan. The Sea Dogs lead the season series, 5-1.

This will be Anderson MacDonald’s first game against his former team since signing with the Sea Dogs on January 10th. MacDonald played 61 games with the Titan, scoring 22 goals and 18 assists. Acadie-Bathurst’s roster features Jérémie Jacob who will also face his former team on Sunday. Jacob has three points in 10 games with the Titan since joining via free agency back in early January.

The Titan are currently last overall in the QMJHL standings with 25 points and are 2-8 in their last 10 games. Much like Halifax, their problems lie with scoring struggles–Acadie-Bathurst is last in goals for with 123. Two positives for the Titan have been the play of their rookie forwards, Cole Huckins and Riley Kidney. The pair have a combined 50 pts this season and both rank in the top 10 for points by a 2003 born forward.

Saint John will be without overage forward Nicholas Deakin-Poot this weekend. NDP suffered an upper body injury in Friday night’s game against Chicoutimi and will miss the next 2-3 weeks.

Defenceman Jordan Spadafore missed Saturday’s game in Baie-Comeau with an upper body injury but has been cleared and has returned to the lineup.

Jérémie Poirier scored his 16th goal of the season last week which gives him sole possession of the franchise record for most goals by a defenceman in a single season. Alex Grant established the previous record of 15 during the 2007-08 season. Poirier and fellow rearguard William Villeneuve both have 44 points this season and are closing in on the franchise record for points in a single season by a defenceman, currently held by Nathan Beaulieu with 52. Villeneuve is also just six assists away from eclipsing Beaulieu’s single season defenceman assist record of 41. Poirier and Villeneuve will have 17 more games to chase the long standing records. Good Luck!