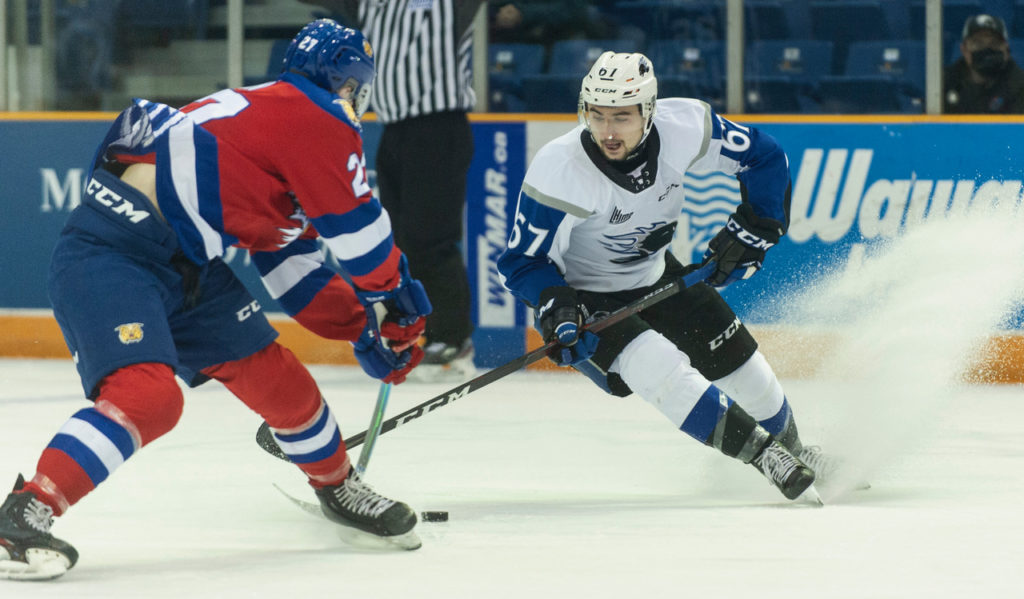 An energized second half and last-minute power play were not enough to overcome an early two-goal deficit for the Saint John Sea Dogs (15-14-3-1) as they took on the Moncton Wildcats (11-16-2-1) in the final game of the regular season on Saturday. A second period goal from Josh Lawrence was the only one on the board for the Sea Dogs in the 2-1 loss at TD Station.

As the final regular season game of the year, the graduating players, Zachary Emond, Vladislav Kotkov, and Liam Leonard were honoured before the game with a video ceremony showing off their career highlights. Kotkov and Emond were amongst a core of veterans who had the night off in preparation for Tuesday’s first round-robin playoff game. Inniss, Girouard and leading scorer Ryan Francis were also healthy scratches. Forwards Kyle Foreman, Kobe Burt and goaltender Antoine Lyonnais were called up for tonight’s game, all three making their Sea Dogs debut.

Noah Patenaude started in net for the Sea Dogs, making some big saves and keeping the game within one, stopping 29 of the 31 shots he faced. Vincent Filion started for Moncton getting the win with 26 saves. 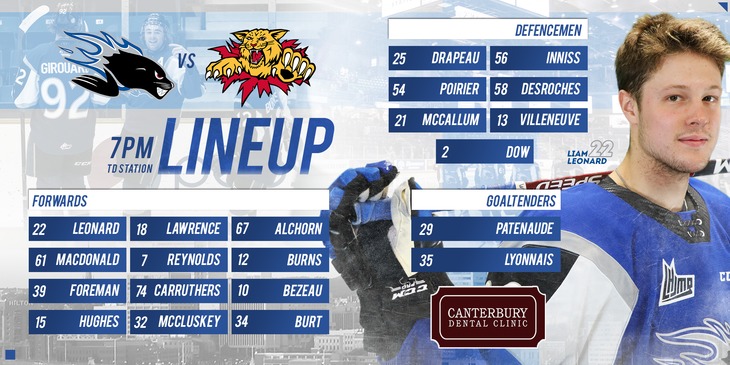 Alexis Daniel scored 8 seconds into the first period and a goal from captain Jacob Hudson with a wrist shot in the slot at 10:40 gave the Wildcats an early two goal lead that they would carry into the second period.

Tensions rose as the period went on, beginning with a hit against Zachary Alchorn that his teammates took exception to. A scrum broke out, resulting in Thomas Darcy being sent off with five minutes and a game misconduct for checking from behind, and Sam Dow sitting for two minutes for roughing.

Shots after the first period were 11-9 for Moncton.

Francis Langlois was sent to the box for tripping and Josh Lawrence scored on the resulting power play.  Skating into the Wildcats zone with speed and ripping a wrist shot past the defenceman and goaltender from the top of the circle, Lawrence cut the lead to one with 2:17 remaining in the second frame.

Reenergized from that goal, the Sea Dogs continued to put pressure on and create lots of opportunities for the remainder of the period, including a shot from Brady Burns that bounced off the post and straight down. The shot went to review, but never crossed the goal line.

Shots after the second were 22-21 for Moncton.

Early in the period some big saves from Patenaude after a flurry of shots from the Wildcats kept the Sea Dogs within one.