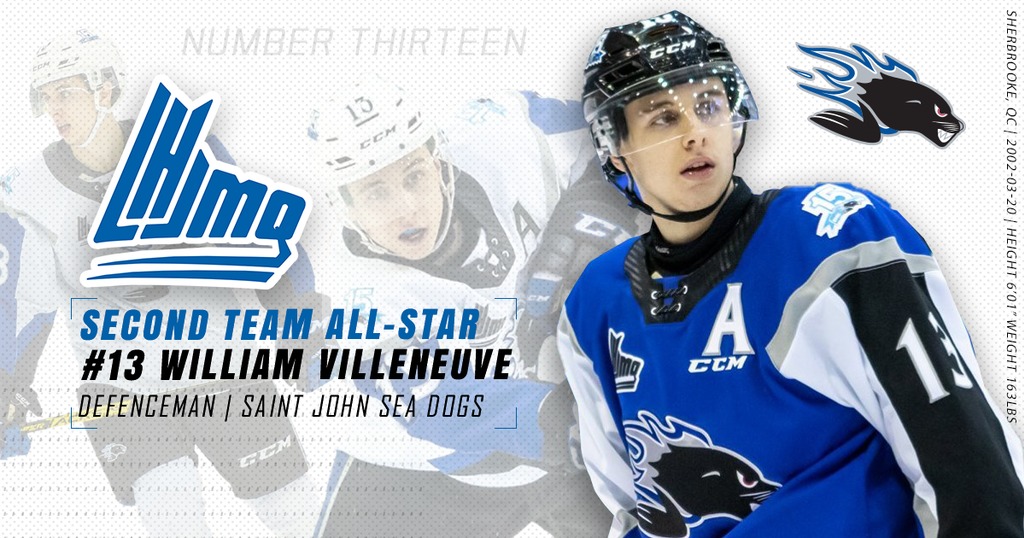 Selected second overall by Saint John at the 2018 QMJHL Entry Draft, Villeneuve had an incredible sophomore season, setting franchise records for points and assists by a defenceman in a season. His 49 assists and 58 points were both team bests among all skaters, and ranked first among defencemen across the entire league. The 2002 born native of Sherbrooke also took home this year’s team awards for Top Defenceman and Top Scorer.

Villeneuve is eligible for this summer’s NHL Draft, and was ranked 99th among North American skaters by NHL Central Scouting.