MENU
In response to the suspension of the season by the QMJHL, the Sea Dogs office will be closed until further notice. Please see the below announcement re: existing tickets and flex vouchers. Please hold on to any unused tickets. For questions/information please contact info@saintjohnseadogs.com We thank you for your patience and understanding as we continue to work through this.
January 5, 2020

Your Sea Dogs in the Community – Mid-Season Recap 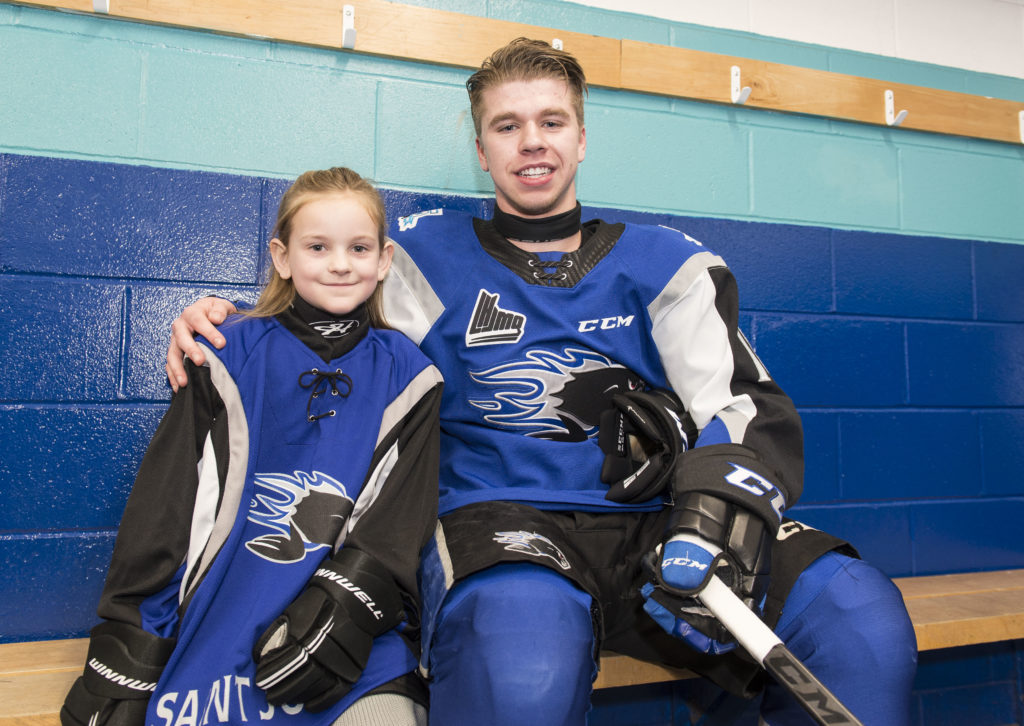 The Saint John Sea Dogs have been proud members of the Saint John community for the past 15 years.  Throughout the season, you can find our players out and about in the Saint John area, attending events, interacting with fans of every age, and volunteering their time to causes close to their hearts.

During the first half of our 15th season, players continued the tradition of visiting minor hockey practices in the Saint John area, helping the next generation of hockey players grow their love of the game. Players often volunteer with the minor hockey teams that their billet brothers and sisters play for.

Fleaburn started getting ready for the season early, soaking in the sun, sand, and entertainment at Dominion Park at the Passport to Parks event on July 20th.  He headed east later that week for St. Martin’s Old Home Week, meeting fans at the Kid’s Jamboree and walking in the Parade.

In August, Fleaburn made some four-legged friends, meeting his fellow canines on International Dog Day at the King’s Square Paw Party. 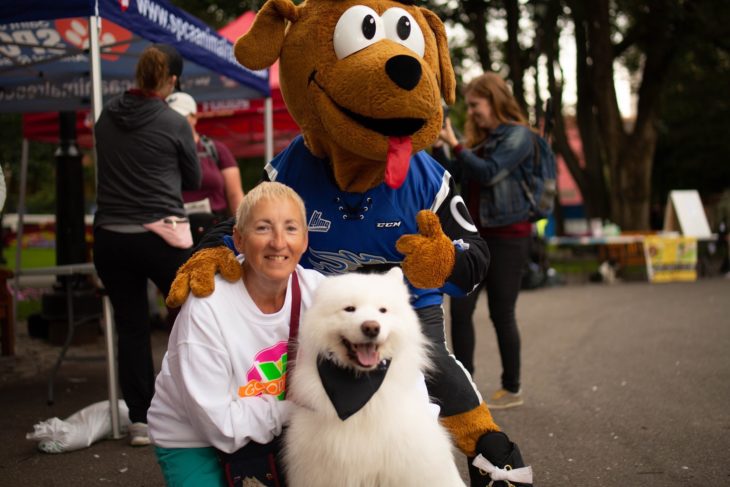 As fall got closer, so did the season, and players of all ages got ready. Teaming up with Doiron’s Sports Excellence and Rock 88.9, Nicholas Deakin-Poot, Patrick Musico, Ben Badalamenti, Jordan Spadafore and Fleaburn helped four young hockey players get ready for the season with a brand-new set of gear.

Brady Burns, Charlie DesRoches, Josh Lawrence and Alex Drover were joined by Fleaburn to take in the atmosphere and entertainment of the Saint John Night Market for Kid’s Night.  Fleaburn then finished out the month at the Rides for Rockwood Automotive show on September 21st. In October, Fleaburn visited two important events for our community, cheering on those who were running and walking to find a cure for breast cancer at the Run for the Cure and then celebrating the Irving Oil Fuel the Care program that helps families cover the cost of travel to hospitals.

Players and Fleaburn then made their annual appearance at several Tim Hortons locations across the region in late October connecting with fellow hockey fans to talk shop, and trade and collect hockey cards.

The entire team took off their skates and played some ball hockey with young fans to raise money for Top Corner Hockey at the third annual Winter Road Hockey Classic at the beginning of November. Later that month, they picked up a second job for the day and could be found serving meals at East Side Mario’s.

As the holiday season approached, Julian Vander Voet and Matt Gould celebrated with the students at Champlain Heights School as part of an Irving Oil event at the school. The spreading of holiday cheer continued as Olivier Desroches, Alexis Belisle, Patrick Musico and Jeremie Jacob helped out with Ritchie’s Food Drive, collecting food in support of Romero House.

With many more events planned for the second half of the season, follow us on social media to see where Sea Dogs players and Fleaburn will be in the new year and help us continue to celebrate our 15th season in the Port City.